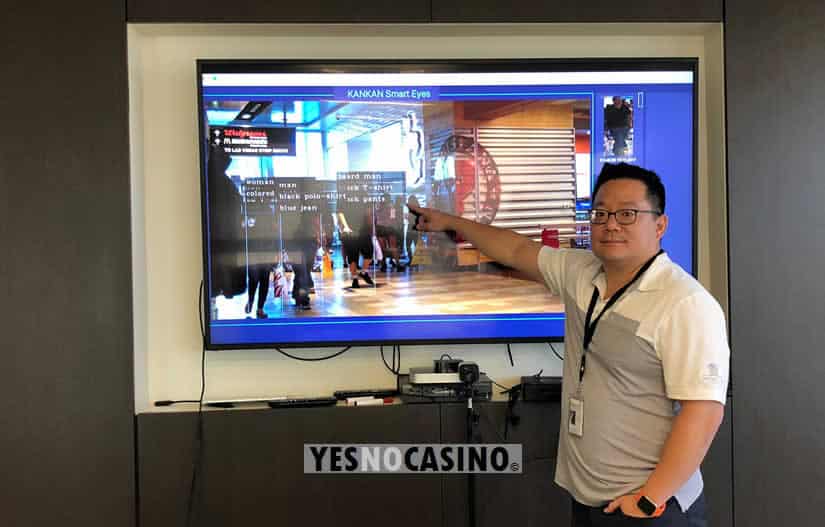 Over recent years, facial recognition software and systems have become one of the primary methods of maintaining security and safety in casinos all over the world. Images caught on camera and stored in massive databases are shared and analyzed across networks that span the continents as one of the world’s richest and most vulnerable industries tries to keep cheats and thieves at bay.

The Beginning Of Facial Recognition

A man named Woody Bledsoe along with two friends, Helen Chan Wolf and Charles Bisson came up with the concept and invented the first facial recognition software. Their project, however, was privately funded by an unnamed intelligence agency. As a result, much of the early work was not publicly published.

The original software would scan common landmarks on a person’s face such as their eyes, nose, mouth, and chin, and create a map of the various points. The computer could then calculate and simulate measurements for those landmarks if the face were turned or seen from different positions. Somewhat similar to fingerprint analysis, the software would then compare measurements to a database of known photos to make an identification.

About a year later, the Stanford Research Institute picked up on the work and put the concept through rigorous development and testing in an effort to make something as accurate as they possibly could. Universities in Southern California and Germany began their own work on on the system in 1997 and eventually a commercial system was put together and released.

ZN-Face became the first commercial facial recognition system to be used in any real capacity. The Deutsche Bank was among the first to adopt the technology along with several airport operators.

By about 2005, the algorithms used for facial recognition was hundreds of times more accurate than the first systems. So accurate in fact, that it was becoming possible for computers to distinguish the minute differences between identical twins.

These days, facial recognition software has slipped right into the mainstream almost without anyone noticing it. We go through different processes every day that make use of facial recognition technology without even thinking about it. Most of us don’t even realize it’s happening.

Facebook has been using facial recognition to analyze photographs for over a decade. It’s said that their in-house software is even more accurate than similar software used by the FBI. You see it in action every time you upload a picture and it asks you if you want to tag yourself or one of your friends.

It’s becoming more common on mobile casino devices, too, to see facial recognition features. They will scan for your face to focus pictures and videos. More and more devices are also being shipped with the ability to log yourself in by allowing the camera to recognize your face rather than using a pin, pattern, or password.

As you can probably imagine, in a place like a casino where thousands of people could be coming in and out on a daily basis, it is extremely difficult to look through security video and/or pictures to identify someone when the need arises.

As you’ve probably also surmised, with so much cash on hand, casino operators and staff tend to be a little bit paranoid. They have a good reason, though. According to numbers from the Nevada Gaming Association, a single casino can have up to $70 million in cash on the premises during a regular weekday and closer to $100 million on a weekend. When you’ve got so much money and so many people to keep track of, it’s obviously going to help to have computers on the team.

With advanced facial recognition systems, casino operators and security teams can automatically spot people that they don’t want in the casino. Facial recognition has been used successfully to spot underage gamblers on casinos floors as well as previously blacklisted customers that aren’t wanted on the premises for one reason or another.

One of the most stunning advancements, though, has to do with the combination of facial recognition technologies and the capabilities of long-distance networking, like the Internet. A system called CASINO-ID can capture faces directly from the closed-circuit TV systems in a casino and compare them to a database of known fraudsters, cheaters, criminals, and other bad actors.

The data is shared between casinos all over the world, creating a network of knowledge that can spot and stop a criminal before they ever get the chance to sit down at a game—even if they’ve never set foot in that particular casino before. The system has changed casino security from a reactive defense to a proactive offensive operation.

Of course, many people don’t like the idea of all of this technology watching and examining them. There isn’t much anyone can do about it though. In reality, not much has changed. Casinos have always kept a very close eye on their customers. It’s just that now it’s the unblinking eye of a computer on the other side of the camera lens instead of a human. And instead of a filing cabinet full of snapshots, it’s a database full of image files. Nothing new is happening, it’s just happening much faster.

Facial recognition is a large part of modern casino security systems, but the technology is far from the only one they’ve implemented to protect their interests. If you look around a bit the next time you walk into a casino—or even before you walk in—you’re sure to notice a few signs of some of the the following methods.

License Plate Readers – Many casinos have cameras positioned at roadway entrances that will photograph the license plates on incoming cars and compare them with known troublemakers. If an unwanted vehicle pulls up, security will ask them to leave before anyone even has a chance to enter the building.

Angel Eye – The Angel Eye system is used on Bacarrat tables to help prevent cheating. The electronic card shoe tracks the cards being dealt and verifies the results of the hands. If anything is off, it will alert the house that something at the table is not as it should be.

RFID Chips – Much more than just pieces of plastic or clay, casino chips these days have gone high tech. Most casinos now use chips with embedded radio frequency ID chips. These chips allow cashiers to easily distinguish real from counterfeit. The chips also allow the casino to mark each chip individually and deactivate any that may have been obtained through less than honourable means.

TableEye21 – TableEye21 is another card game security measure. As you might have guessed, it’s meant to keep blackjack games secure. It uses a mixture of visual and RFID tracking techniques to help spot card counters as well as colluding cheaters and less than honest dealers.

Rather than let all of this make you feel like you’re being spied on, though, you should take it as a testament to how secure the environment is where you are playing. After all, the casinos may have their own interests, but they want to keep their customers safe too. By making it so difficult for the bad guys to do anything, it creates a place where those of us who just want to have fun can really let loose and enjoy ourselves without worry.