On this Betsoft Casinos Bonuses page you will find:

Betsoft is perhaps most known from their 3D slots that feature animated cinema quality cut scenes, excellent graphics as well as exciting gameplay. The company offers slots for both desktops and mobiles, in addition to providing their services for casinos as a whole. That is to say Betsoft like many other software providers is not just about making games, but designing and providing the whole gaming system from the platform to the innovative and fresh slots. The company has even dabbled in virtual 3D horse racing, and is extending its platform towards sportsbook at a steady pace.

Betsoft has been in operation since 1999, though they prefer to see 2005 as the year the company really started to flourish; that is when they started pushing out their revolutionary cinematic gaming experience. They operate under a license from Curacao and have headquarters in Malta and Cyprus which makes them an international company. Although they offer a full platform for casinos to use their games are mostly found among those of other producers. The games and the random number generator have been tested by Malta gaming authority who found absolutely nothing to complain about.

Betsoft Casinos Around the World

Please note that there can occasionally be variance in the theoretical return to player based on the number of lines you are playing or the selections you make. The RTP percentages are also calculated over millions of spins rather than hundreds. The below data should therefore be only taken as a guide.

Massive thanks to Julian at Betsoft for providing us with the data!

Betsoft has two main products when it comes to slot: the slots3, which is the aforementioned 3D slot, and the ToGo which offers slots for mobile devices. Both are without a doubt growing markets that garner interest from players at a steady pace. Whereas most other software providers crank out a slot after slot relying on quantity with certain quality, Betsoft has simply concentrated on quality. This means that not only do most of their games feature excellent graphics, but high quality animations and excellent music and sounds combined with the occasional fresh take on gameplay.

Unfortunately, casinos haven’t really picked up on this trend yet, and although you can find Betsoft casino games on almost any casino that offers games from multiple providers they won’t in general give frees pins for these games as first deposit bonus. Of course launch parties and new additions to the slot collections are a different matter, and regular free spins that can be played in any slot work just as well in Betsoft games as they do anywhere else. As the company and its games gain popularity this will no doubt change, and there are several choices already for games that could well entice new and old players alike to take a few free spins. Games like Greedy Goblin, Rook’s Revenge or Tipsy Tourist might very well compete for the position of favorite slot in the near future.

The term 3D is quite confusing, especially as the first thing that springs to mind is a movie theater and a cheap pair of sunglasses with red and green lenses. This is of course not what the company has in mind when they say their games are 3D slots. There certainly won’t be anything jumping out of the screen in that sense. That is to say there is no need for any extra gear, wonky glasses or special monitors to play the games: they function perfectly well from your desktop or mobile device as they are.

The 3D part therefore just means that the graphics, animations and the games themselves are presented with depth perception, instead of just being normal “flat” slots. The reason most other casinos only produce these 3D slots as specialties is the fact that it is extremely time consuming and requires a wealth of knowledge and resources to pull off successfully. No doubt this is why the company has not produced hundreds upon hundreds of slot like is the case with most other providers. This is a blessing in disguise as the fact that producing the slots requires so much effort also guarantees that a lot of time is spent on the remaining features as well. It’s not just about fancy graphics, smooth animations and excellent sound effects; the games have to and do work on their own right.

So to answer the question of what 3D slots are: they are quality products that would otherwise be hard to come by. In general all slot3 games from Betsoft compete on equal footing with the cream of even the biggest and most prestigious slot producers like Net Entertainment, IGT, or Playtech.

With most players spending as much time on their mobile devices as they do on desktops, not to mention real casinos, there really is no way around producing mobile slots, or porting existing games into highly functional mobile games. The disadvantages of changing graphic heavy games to mobiles are quite clear: it demands a steady and capable internet connection, especially when it comes to features and bonus games that come with animations. Sometimes these take a while to load, and if there’s something you don’t need when spending five minutes playing with your smartphone or tablet it is waiting another five minutes to load the actual game. Of course this can be bypassed by playing via Wi-Fi, or by having a fast connection in other words.

The answer to this issue is mini games. These are in essence proven and tested Betsoft casino games that have had some of their features decreased, and they usually come with streamlined gameplay, and lack the bandwidth heavy cut scenes. They still offer much of the same gaming experience, and offer a great alternative to desktop versions of the same games.

Betsoft doesn’t only produce 3D slots and mobile games; they have a range of products that extends to live casino, table games, classic slots, video poker, as well as specialties like the virtual horse racing. The 3D games are where the company shines though; and this was not always so. The company is considered a relative newcomer as their slots have only recently started to gain the popularity that they deserve. This is because the company started out small, and because the first line of games wasn’t that good. Step by step they have improved their games, and are now an industry leader and soon to be trend setter. At the moment the games do not come loaded with free spins and casino bonuses, but this is something that is going to, or at least should, change in the near future. 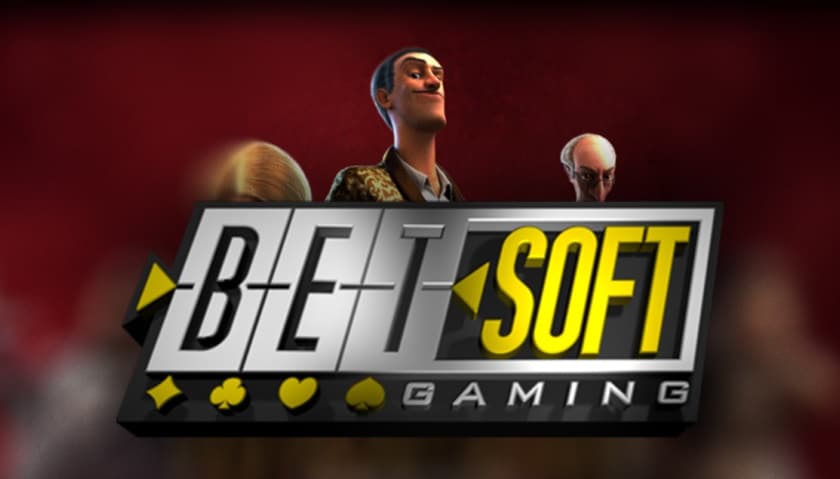