Slot Machine Cheats Throughout The Ages:

The shaved coin:
This classic slot machine trick involved shaving a small amount of the coins edge away so that the coin would be counted as a real coin, granting credits, but then rejected due to the small discrepancy of its size and weight.

The coin on a string:
This trick involved attaching tiny but strong string (or fishing wire) around a coin, entering the coin into the slot machine and then yoyo’ing it up and down at the point the slot registered the coin as credits.

The piano wire cheat:
In Atlantic City in 1982 a team of con artists used piano wire to control slot machine reels. After setting their desired slot machine up, they left the building leaving only the “player” who spun in a nifty 50k jackpot. Unfortunately for him, there was a police stakeout in progress and he was promptly arrested!

The fake coin:
Louis “The Coin” Colavecchio had the bright idea to ‘simply’ make his own fake coins. His pressing of the coins were almost indistinguishable from real currency and he enjoy huge success at casinos in Connecticut and New Jersey.

The coat hanger:
For a limited time some people figured out they could use a bent metal coat hanger to interfere with the mechanisms of slot machines and trigger payouts. 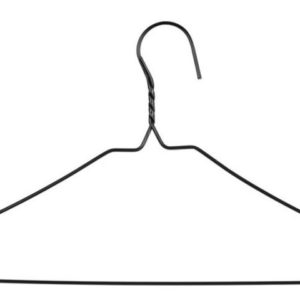 The top/bottom joint:
Once the coat hanger became obsolete the legendary fraudster Tommy Carmichael invented the top/bottom joint which was guitar wire and spring steel and which created an electrical charge which would trigger the payouts.

The monkey paw:
Tommy Carmichael ultimately spent 5 years in prison for his illegal activities and once he was released, the slot machines on the market were now immune to his top/bottom joint. So he bought a video poker machine and set to work trying to crack it. After 6 months hard graft he had invented the monkey paw which again was a metal device used to trick the slot machines into paying out. This is arguably Tommy’s most successful invention.

The light wand:
Slot machine manufacturers started using optical sensors for dispensing coins so with the monkey paw now redundant, Carmichael created the light wand which would interfere with the optical sensors, tricking the slots into paying out.

The bill in-validator:
This was a short lived device attached to dollar bills tricking the bill validator into thinking a $1 bill was in fact a $100 bill.

The Harris code:
Ronald Harris was a slot machine programmer in Nevada who ingeniously added his own code into 30 slot machines. The code was there to recognise a very precise combination of coin inserts and trip the jackpot. The coins would be inserted like a morse code and Harris’ team made huge gains from the system until ultimately insider information brought the gang down.

Replacing the chips:
Some programmers went a step ahead and created new chips for slot games which they would have to break into a slot machine to attach. Dennis Nikrasch was the king and he and his crew reportedly netted over $5 million during their peak!

Accidental glitches:
There have been numerous reports of slot machines and video poker machines having glitches built in (by accident?). Many slots even have fairly obvious supposed cheats built in on purpose but these are more to fool the player into thinking they have a way to beat the machine, when in reality these little tricks are actually already factored into the return to player!

The CryptoLogic casino hack.
Back in 2001 a hacker hacked one of CryptoLogic’s gaming servers. They programmed it so that every roll o the craps die and every spin of a slot reel turned up a winning bet. In the space of a few hours, the two CryptoLogic casinos using this server lost just under two million dollars to the 140 users who were online at the time. The number could have been far worse had it not been for a couple of honest punters who reported to the casino customer service that they found it strange that every single spin was winning them a good amount of money. The server was shut down but due to the fact that nobody was able to trace the hacker and that the customers who were online at the time were clearly found innocent of any involvement, the players were in the end allowed to keep their winnings with $1.3m being recovered through insurance and the remaining $600k being footed by CryptoLogic themselves.

Casino hacking
The CryptoLogic story is not the only one of it’s kind. Online casinos are continually being attacked by either hackers trying to break in and steal money, break codes or by DDOS style attacks used to try an extort money from the casinos. This is par for the course for the online industry and is something they employ security experts to try and combat.

Wow we are getting a lot of you doing google searches for phrases like slot machine bill validator cheat device and that sort of thing. We have to advise you against actually trying to cheat a bill validator, slot machine or otherwise. Unless you like the taste of prison food and don’t mind having some brief encounters in the showers! Casino cheats beware!