The rehabilitation clinic, which works with the Professional Footballers’ Association union, said 70% of its referrals related to gambling. 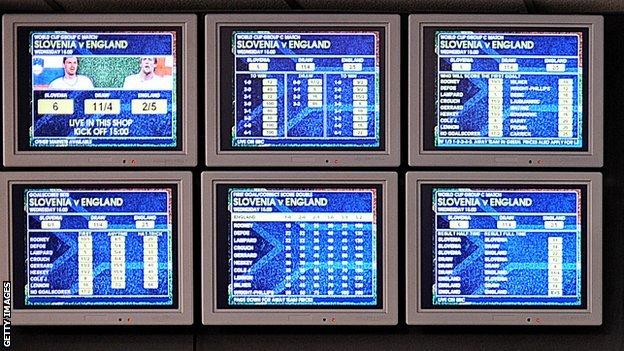 It has urged the prime minister to crack down on online betting adverts.

“It’s not uncommon to have a player in a cycle of payday loans and gambling,” Sporting Chance chief executive Colin Bland told BBC Radio 5 live Breakfast.

The charity, founded by former Arsenal and England defender Tony Adams, works with a number of football organisations, including the Premier League.

Bland added: “We are working with a lot more current football players. We have had players who have got caught up in the scenario of taking out payday loans to place bets.

“We’ve had several of those over the last couple of years so the vicious circle continues.

“You can’t test for gambling. You don’t show up with a hangover; it’s an addictive disorder in some people that affects performance, it affects lifestyle and it wrecks lives.”

Asked if he believed Prime Minister David Cameron should curb the influence of online betting advertising, Bland said: “Yes. The gambling problem in this country is bigger than we think.

“The havoc that gambling will wreak through a normal person’s life is comparable with some of those other substances.”

The midfielder revealed that he turned to loan sharks as a way of funding his habit.

“It probably got to its worst when I was at West Ham,” said Etherington, who played for the Hammers between 2003 and 2009 before joining Stoke.

“I was going to the dogs more regularly and that’s when it became a problem. I started going to the bookies during the day. It just snowballed to a point where I was frequently spending a month’s wages and then borrowing money off loan sharks.

“Towards the end it got very, very bad. There was a point where I was clearing 30 to 40 grand a month and within a week or two that was gone.

What is Sporting Chance?

Founded in 2000, Sporting Chance Clinic was the brainchild of former Arsenal and England captain Tony Adams.

Adams wanted to create an environment, where sportsmen and women could receive support, counselling and treatment for alcoholism, drug abuse, compulsive gambling and eating disorders.

“When there was no money left there, I was getting it from elsewhere to fund my habit.”

A number of players have found themselves in trouble with the authorities over the past year because of gambling.

Crystal Palace striker Cameron Jerome was fined £50,000 in August for repeatedly breaking Football Association betting rules, while Rangers midfielder Ian Black was given a 10-match ban a month later for gambling on 160 matches over a seven-year period, including betting against his own team.

Tottenham and England midfielder Andros Townsend was fined £18,000 and suspended for four months at the end of last season for breaching betting regulations.

In an interview with The Sun, he said he began gambling out of boredom and that television adverts prompted him to place bets on matches he was watching.

“Gambling advertising is quite aggressive, particularly during sport,” he said. “I don’t believe that a provider of alcohol would be allowed to advertise in the same way. There should be a look at: ‘Are we advertising responsibly?’

The Remote Gambling Association, which represents online gambling firms including Ladbrokes, William Hill and Bet365, said that the industry was already well regulated.

“In addition, the industry has its own code for socially responsible gambling advertising. It is absolutely the case that none of those levels of regulation would allow advertising that was irresponsible.”

The Department of Culture, Media and Sport said the government is working with regulators to monitor potentially misleading advertising.

A DCMS spokesperson said: “There are strict controls over the content of broadcast and non-broadcast gambling advertisements already in place and a wide range of provisions in the advertising codes, regulated by the Advertising Standards Authority, that are specifically designed to protect children and vulnerable adults from harm.

“However, the government is aware of the increased use of bonus offers and free bets by gambling operators in recent years as an incentive to attract new customers to their products.

“The Gambling Commission would want to be satisfied that these offers are not being marketed to customers with potentially misleading or unfair terms or conditions.”

The Consumer Finance Association, which represents the major short-term lenders operating in the UK, said payday loans should not be used to attempt to fix long-term debt problems.

A spokesperson said: “Payday loans are an extremely flexible and simple way of borrowing small sums of money without a long-term commitment.

“Our advice is that if you are struggling with debt, don’t try to borrow your way out of trouble. Seek help. Free advice is available from the debt charities who can help you to get your finances straight.” 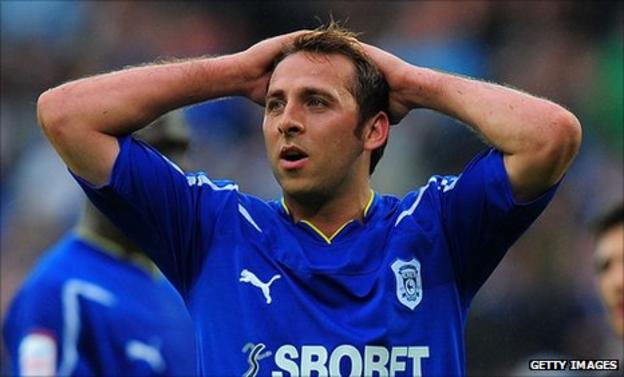 Ipswich Town striker Michael Chopra has revealed the extent of his gambling addiction, estimating he has lost as much as £2m through betting.

The 27-year-old, who has been receiving treatment for the illness, says he was gambling as much as £20,000 a day.

And he has even admitted to playing with injuries in the past in order to collect his appearance fee.

“I have probably lost between £1.5m and £2m on gambling,” he told Sky Sports News.

“Your first bet’s your worst bet. As the years have come along and I’ve earned more money I’ve started to gamble more.

“I was gambling up to £20,000 a day at times. As soon as I’d step over the white line I would focus on football – but as soon as I got to the dressing room I would check my phone to see if I’d won.

“As a gambler you want to be playing to get the appearance money. I was playing through injury to cover a debt.”

Chopra, who has fought the addiction throughout the majority of his career, said his £5m transfer from Cardiff to Sunderland in 2007 was motivated by his desire to collect a signing on fee to pay off gambling arrears.

“In my first season at Cardiff I had a gambling debt from when I was at Newcastle,” explained the former England Under-21 international.

“I had to leave Cardiff and sign for another team to pay that debt off.”

But Ipswich boss Paul Jewell has said he will continue to play the forward, who insists he is focused on his career at Portman Road.

“The main thing now is to get promoted with Ipswich. They’ve backed me and I want to pay them back,” he said.