Gambling in sport: John Hartson on how betting nearly cost his life

Listen again to the full John Hartson interview in a BBC Radio 5 live Special on Gambling Addiction in Sport with Eleanor Oldroyd.

A fearless and robust striker, John Hartson’s forthright response to being diagnosed with cancer came as little surprise to anybody who knew him well.

But there was one challenge “Big John” repeatedly shirked, his life-threatening addiction to gambling.

“You never think you’ve got a problem,” he explained. “You’re a gambler, you enjoy it, you never realise the hurt you’re causing.

“Your family know you’re addicted, but I used to think they had the problem by questioning me.”

Then the questions stopped. Hartson’s wife Sarah had had enough of him coming in from trips away, ignoring her and the children, going straight to the TV and turning on a cricket match, golf tournament or horse race he had £5,000 on.

So she packed her bags and told him she was leaving.

“I broke down and said I’d do something about this,” the former Arsenal, West Ham and Celtic star remembered, his voice buckling with emotion and regret.

“When I was fighting for my life [with cancer], she was my rock. She was pregnant, she looked after the children, she was incredibly strong, and this scumbag here came out of hospital and carried on with the gambling, after everything she had done.

“I hit rock bottom and it takes that for you to realise – the penny dropped. I will never gamble again as long as I live.”

“Everybody is aware that cancer kills. It nearly took my life in 2009,” the 39-year-old said, recalling the two emergency operations and more than 60 sessions of chemotherapy he needed when testicular cancer spread to his lungs and brain. 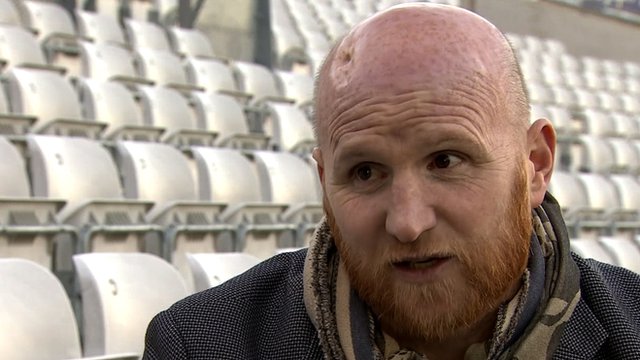 Sportsmen more likely to be gamblers

“Cancer takes good people away every day, but, for me, gambling also kills.

“There are four places you can end up as a compulsive gambler: out on the street, in jail, dead, or at Gamblers Anonymous (GA).

“I ended up at GA, thank the Lord, and it’s not only saved my marriage and made me a better person, it’s also saved my life. If I gamble again, I’ll die. I’ll lose everything.

Hartson sees a lot of different people walk through the doors of those meetings – there are an estimated 400,000 people in the UK with a problem – but most of them do not come back. They have not reached their nadir yet.

So good, in fact, many can appear, swan-like, to be gliding through life, holding down jobs, living in nice houses, with loving families. And a disproportionately large group can feed this destructive addiction whilst playing professional sport.

An umbrella body for the players’ associations in cricket, football, rugby union and other leading sports, the PPF wanted to share some research into an issue that has been the stuff of terrace legend.

From jokes about QPR maverick Stan Bowles’ inability to pass a bookmaker as well as he could pass a ball, to guesstimates of how many millions golf’s favourite rogue John Daly has lost in Las Vegas, the idea that sport’s competitive and wealthy young men were cash machines for the gambling industry has been commonplace.

Now, thanks to a study of almost 350 cricketers and footballers, we know sportsmen are three times more likely to have a gambling problem than young men in the general population (6.1% versus 1.9%).

That equates to nearly 200 current professionals in British cricket and football with a serious issue, and another 440 “at risk”.

The study had a few more punches to deliver. One in 10 said they gambled to “fit in”, one in four said they were encouraged by team-mates to do it, and nearly one in three thought their team’s links with the gambling industry “encouraged” them to bet. 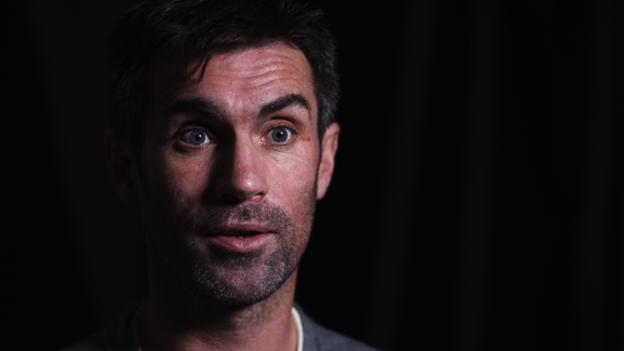 For football, in particular, that should be alarming.

A quarter of the Premier League’s clubs have gambling logos on their shirts, the Football League’s 72 clubs play in competitions sponsored by Sky Bet, William Hill backs the Football Association and pretty much every club has its own “official betting partner”.

The highest suicide rate of any addiction

Sporting Chance’s chief executive Colin Bland revealed that seven out of 10 of the footballers that come to the Tony Adams-inspired residential clinic are there because of gambling.

But Hartson is not looking for excuses. He realises the vast majority of people gamble rarely, and when they do, they do it because it is fun.

While he may have been frittering away a reported £50,000 a week – he does not put a figure on it himself, as the amounts addicts gamble is relative to their earnings and it is always too much – his dad takes his business clients to Ffos Las racecourse once a year for champagne and £20 each-way punts. “Not everybody gets drawn in,” he noted.

But some who do get it bad: gambling has the highest suicide rate of any addiction.

Niall McNamee (in green, playing for Offaly) contemplated suicide when his gambling got out of hand

Sitting alongside Hartson during the conference’s main session was Gaelic footballer Niall McNamee. He told a similar tale of the disease’s progressive nature – moments of relief that became more fleeting as tolerance to betting’s buzz builds.

But he also spoke about bad company, lies, stealing and, ultimately, despair.

“I remember waking up one morning with a knot in my stomach,” said McNamee. “It was the most gut-wrenching pain. I had no money to go gambling with, or to buy drink to numb the pain.

“The thought came to me that if I jumped out of the window that would end it all. It terrified me. I have had friends who have died from this addiction.”

Thankfully, this was his rock bottom, and he got help. McNamee, who is still one of the game’s top forwards, is now a well-respected voice on problem gambling in Ireland, and at 29 is about to launch his own business.

‘I should be living in a £4m mansion’

For Hartson, the first symptoms appeared as an 11-year-old potboy at a social club in Swansea. Fascinated by the fruit machines, he memorised the reels and was called over by the adults whenever they had a few nudges.

It sounds innocent enough, but before long he was pouring his money into those machines and begging for money for match fees at the weekend. A decade later he would have accounts with all the top bookmakers and was so consumed by gambling that he would struggle to hold a serious conversation.

Hartson is still a hero among fans of Celtic, where he scored more than 100 goals in a five-year spell

“I can concentrate now and focus on what people are saying, but five years ago I couldn’t,” he admitted. “My life is so much better now. I’m a better husband, a better father, and I’ve got money coming out of my ears!”

And just as his cancer foundation is helping people deal with that affliction, he now hopes he can persuade a few footballers to think about their futures.

“I was in a lot of trouble physically and mentally when I quit,” said Hartson, who went out with a whimper at West Brom.

“I should be living in a £4m mansion on the edge of the Vale of Glamorgan but I’m not because of all the money I wasted. I’ve got a nice house in Swansea, and it’s paid for, but that’s what I should have when you think about the money I earned.

“I would like players now to aspire to the big house.”

‘We’re at a tipping point’

Betting is an integral part of our culture – three quarters of the UK’s adult population have gambled, most likely on the National Lottery, in the past year – and betting companies have moved into the sponsorship space vacated by tobacco and, to a lesser extent, alcohol. Without them many sports would struggle.

But listening to the speakers at the conference, it was impossible to avoid the conclusion that British sport needs to look again at its relationship with gambling.

Former Gloucestershire and New Zealand cricketer Craig Spearman said that when his gambling problem escalated, “at times the pain and self-loathing pushed me to the brink”.

More must be done to protect the vulnerable, identify problems earlier and make sure gambling is a happy mug’s game, not a debilitating illness.

The Responsible Gambling Trust’s chief executive Marc Etches has managed to persuade the gambling industry to donate more than £6m of its profits to fund education and treatment, but he knows it is not enough.

“We’re at a tipping point,” said Etches. “The industry needs to recognise that it’s in the business of risk, and it needs to take more responsibility.”

Originally published here, we thought this was such an interesting article that we’d post it on our site for you all.