In the wake of the Brexit, with the British political system in turmoil, with IS running rampant, with Europe on the brink of collapse and with the USA presidential election featuring an orange buffoon and a crazy woman, I got to wondering why no “3rd party” has stood up to be counted anywhere in any country?

Britain is ripe for the picking with a few wealthy businessmen and high profile media voices easily capable of creating a new super political party made up of economists, strategists and defectors from the crumbling Labour, Conservative and Lib Dem parties.

In the United States there’s a choice between a joke of a man and a very dangerous woman. The likes of Musk, Gates, Brin, Bezos, Kalanic, Sacca, Zuckerberg, Cook, etc surely have the financial clout, connections and media presence to jump in with a 3rd party (we can ignore the Greens and other no chance political parties) and take advantage of the fact that Americans basically have to decide on the lesser of two evils.

Then I remembered. Even all the wealth of Google, Amazon, Microsoft, Apple et al combined just wouldn’t stand a chance against the real super powers of the world. We are all puppets whether we like it or not.

Why does nothing ever seem to change in politics no matter who is in power? Why is virtually nothing being done about IS and despite the constant threat there’s only ever a token day or two of heightened security before the doors are opened up again for the next terror attack? Why is the entire global economy held to ransom by the stock markets? Why every single year are people fooled into the irrational fear of things like the Zika virus (2015 – 2016), Ebola (2014 – 2015), bird flu, swine flu, SARS, mad cow disease, etc (every single year there seems to be something which turns out to be no more of an epidemic than getting struck by lightning, yes sadly some people will be affected but the numbers pale into insignificance compared with road accidents, shootings, suicides or any one of a million common diseases and infections).

On a point related to Slots Guide (the main inspiration for posting this article), why when cigarette advertising was no longer acceptable did we immediately see a 180 degree shift from nicotine advertising towards gambling advertising? If the governments were really worried about health and addiction problems then there were a thousand different products that could have replaced nicotine yet one could argue that the population needs to be addicted to something, that we have to be slaves to the system in one form or another. Drugs, alcohol, smoking or gambling (actually these days we can throw television, social media and technology into the mix) a good portion of the population is always addicted to something.

And then I finally come to a point which always puzzled me. Back at school and at university when I was studying economics I was very frustrated with what I was being taught, what were in the text books and what the so called economic greats’ philosophies were. I ended up getting my economics degree by writing what I like to call “qualified anti economics”. One of my major issues was the boom crash boom crash cycle that has been going on for as long as capitalism has been in place. Slow, consistent, steady and barely noticeable growth is the ideal. Long term nobody profits from a golden era followed by a recession… Nobody profits from a recession… Somebody profits from a recession… A small handful of people love a good recession, in fact it is fairly obvious that the whole purpose of a period of economic boom is so that when the crash comes, the small handful can reap the rewards by increasing their complete global dominance. Big businesses go bankrupt and even big banks go belly up. And then quietly without any fuss they get gobbled up.

Conspiracy theories? Read the following two very interesting articles and make up your own minds. I enjoy conspiracies, always have done. I enjoy “fighting the system” in my own small way. Many of you will completely disagree with the articles and will disagree with my own personal feelings. That’s the beauty of having the freedom to think what we want to think, and to believe what we want to believe. Something we should never let go of. Be yourself!

Update: Unfortunately in light of the recent high profile clamp down on what the governments consider to be alternative news (ie not published by the traditional media), we’ve had to remove the two articles we promised. Very sad indeed that our freedom to pick a side and to read both sides of all stories is being taken away from us leaving us with only the mainstream propaganda unless we dig really really deep. Sad times we live in. 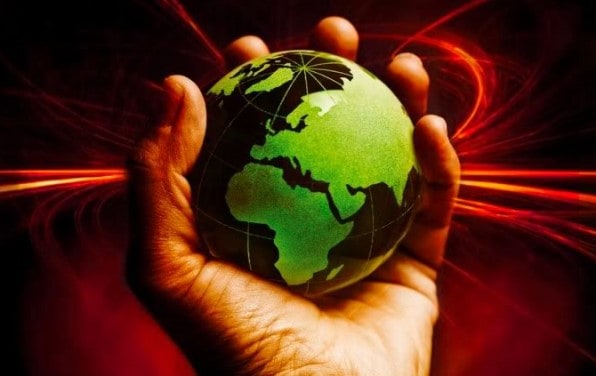