The DAO, the distributed autonomous organization that had collected over $150m worth of the cryptocurrency ether, has reportedly been hacked, sparking a broad market sell-off.

A leaderless organization comprised of a series of smart contracts written on the ethereum codebase, The DAO has lost 3.6m ether, which is currently sitting in a separate wallet after being split off into a separate grouping dubbed a “child DAO”.

Ether markets plunged on the news, falling below $13 in trading on the cryptocurrency exchange Poloniex. With ether currently trading at roughly $17.50 per coin, that puts the value of the stolen cryptocurrency at more than $60m. 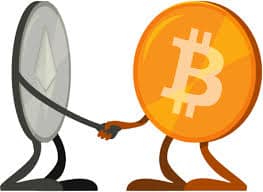 News of the hack first began to circulate on Reddit and other social media sites this morning, prompting Ethereum co-founder Vitalik Buterin to call for a pause in trading in ether markets as well as those for DAO tokens, which are used to vote on funding proposals for the decentralized group.

TheDAO was launched in May using open-source code written by Slock.it, an Ethereum-focused startup based in Germany. The DAO is designed to operate like a venture capital fund empowering it members to fund ethereum projects.

To become a voting member of The DAO tokens were sold in exchange for ether during a month-long “creation phase” that resulted in $162m worth of ether being raised. A measure was built into The DAO code that allows for “child DAOs” to be formed in which members could split off for various purposes.

Earlier this week, word of a so-called “recursive call” attack that could be used to drain some smart contract accounts emerged following a blog post by Bitcoin Foundation founder Peter Vessenes. A solution was produced by Slock.it and uploaded to GitHub.

For now, the ethers moved to the second DAO appear to be frozen. Gustav Simonsson, a member of the Ethereum Foundation that helps over see the Ethereum codebase, posted on Reddit the funds in question can’t be spent until 14th July, as they are locked in that child DAO’s creation phase.

Next steps include a possible two-part fork of the Ethereum blockchain, as explained in a note published by Buterin. The fork would not roll back or reverse any transactions, but instead seek to prevent the further drain of ethers from The DAO by providing a mechanism for reacquiring them.

Whilst this issue hasn’t affected Bitcoin (yet), we would like to remind everyone to ensure their PC, mobile, tablet, and any other device they use to connect to the internet with, has its anti-virus software up to date. Also ensure that you use 2-step verification to protect your documents, currencies, passwords, etc, wherever this is possible, and consider changing to an online casino, poker site, e-wallet, etc, that does have this function enabled if your current one doesn’t.