The online betting firm 888 has been penalised a record £7.8m for “outrageous” failings, after more than 7,000 people who had voluntarily banned themselves from gambling were still able to access their accounts.

One customer was allowed to make 850,000 bets worth £1.3m in one year, using money stolen from their employer, prompting calls from the UK’s leading gambling charity and the Labour party for swifter action to address problem gambling.

A week after it emerged that more than 2 million people in the UK are at risk of gambling addiction, industry regulator the Gambling Commission found “significant flaws” in 888’s efforts to protect consumers from harm.

A technical failure in the company’s systems meant customers who had signed up to its self-exclusion scheme were able to deposit £3.5m into their accounts, gambling nearly £51m in deposits and recycled winnings.

Self-exclusion is meant to operate as a fail-safe to prevent anyone who has chosen to bar themselves from gambling, such as people trying to quit, from succumbing to temptation.

The company, based in Gibraltar but listed on the London Stock Exchange, failed to spot the “visible signs of problem gambling” displayed by one customer, who resorted to crime to fund their habit, the commission said.

The customer staked more than £1.3m, including £55,000 stolen from their employer, during a 13-month period during which they gambled three to four hours a day, placing more than 850,000 bets – an average of about 2,150 bets every day.

They were later sentenced to 16 months in prison for theft and false accounting.

Tom Watson, Labour’s deputy leader, said: “This outrageous case is more evidence of a gambling industry that needs to do more to protect vulnerable customers. With 430,000 problem gamblers in the UK and over 2 million more at risk of addiction, the sector has to take responsibility and help people not to bet more than they can afford.”

Marc Etches, chief executive of the UK’s leading gambling charity, GambleAware, also called on the industry to do more to help problem gamblers. He said: “Clearly this company did not do enough to protect vulnerable customers. The industry is working at improving protection of vulnerable customers and finding ways to intervene. But much more needs to be done and it needs to be done more quickly.

“This is a sector that represents more than 40% of gambling and will soon be more than 50%. They [the gambling websites] have access to data in a way that offline businesses [such as high street bookmakers] don’t, so they need to up their game.”

“While only 4% of people nationally gamble online, almost 35% of at risk gamblers do”

A spokesperson for the Department of Culture, Media and Sport said: “The Gambling Commission is completely right to take strong action against firms that do not act properly to safeguard consumers. They have a responsibility to protect players and this fine reinforces the message to the sector that failure to do so will be punished.

“Our review of the gambling sector includes looking at social responsibility within the industry and protection of players and what more could be done in this area.”

The DCMS added that a new self-exclusion scheme would be in place by the end of this year, allowing customers to bar themselves from all forms of UK-licensed gambling.

In the Gambling Commission’s report on 888, the watchdog said: “The lack of interaction with the customer, given the frequency, duration and sums of money involved in the gambling, raised serious concerns about 888’s safeguarding of customers at risk of gambling harm.”

The commission’s chief executive, Sarah Harrison, said: “Safeguarding consumers is not optional. This penalty package of just under £8m reflects the seriousness of 888’s failings to protect vulnerable customers.

“The 888 sanction package will ensure those affected don’t lose out, that the operator pays the price for its failings via a sum that will go to tackling gambling-related harm and that independent assurance will be given to see that lessons are learned.”

The £7.8m, a record settlement in the gambling industry, includes repayment of the £3.5m deposits made by self-excluded customers and compensation of £62,000 to the employer from which money was stolen.

A further £4.25m will be paid to a socially responsible cause to invest in measures to tackle gambling-related harm.

“Men are 7.5 times more likely than women to be classed as problem gamblers”

The commission has also ordered an independent audit of 888’s processes relating to customer protection.

888, which offers online gaming such as casinos, slots, poker and bingo, said it had been working cooperatively with the commission and that it was “committed to providing players with a responsible as well as enjoyable gaming experience”.

In a longer statement to its investors, the company said it had taken action to fix its self-exclusion systems, which it said arose when customers who self-excluded from some of its brands were able to gamble with others.

It said these changes were near completion and that it was never 888’s intention to benefit financially from its technical failure.

It paid $7.7m (£6m) of tax worldwide during that year but did not disclose how much of that was paid in the UK, where it has just six employees despite being among the best-known operators.

Despite the financial penalty, shares in the company climbed more than 4% by mid-afternoon on Thursday, indicating investors thought the fine could have been higher.

The company said its improved system would be better able to identify patterns of problem gambling in future and would tighten up its self-exclusion system.

The fine for 888 is the latest in a string of penalties imposed on the gambling industry by the regulator for a variety of failings, including failure to prevent problem gambling and money laundering.

Last February, Paddy Power agreed to pay £280,000 after it was found to have encouraged a problem gambler to keep betting until he lost five jobs, his home and access to his children.

Two months later Gala Coral, which has since merged with Ladbrokes, agreed to pay an £880,000 settlement after taking hundreds of thousands of pounds from a “VIP” problem gambler who was using the proceeds of theft to feed his habit.

In June last year Betfred agreed to an £800,000 settlement after accepting stolen cash from a “VIP” customer, who was allegedly offered free drinks and day trips to encourage him to keep betting.

The commission warned in January that bookmakers that broke the rules would face much larger fines and could even lose their licence to operate in the UK. 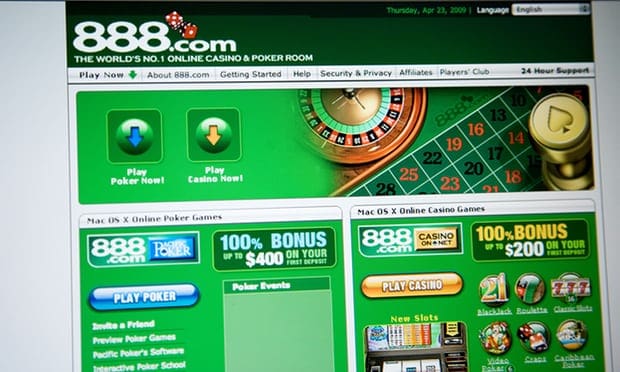 Watchdog fines online bookmaker for failures in protecting problem gamblers, including one who staked more than £1.3m (The Guardian)