Genii has been developing games and solutions for the iGaming industry for more than 15 years now. They currently have offices open in the UK, Malta, and Vietnam. The name, in case you’re wondering, is pronounced jee-nee-ahy. It’s the plural form of the word genius. I suppose it’s safe to say that the crew over at Genii aren’t afraid to let the world know what they think of themselves and their skills.

Best Genii Casinos to get Started

The bulk of Genii’s products are video slot machines, but they’ve also produced some other common casino games such as keno and poker variations. Aside from games, the company has also developed a back-end integration platform and customer management system for casino operators. They license their games out separately or as part of their platform, offering a great deal of flexibility for online casinos. So far there are about 130 games in their catalogue.

One of the most original features that Genii has come up with is their “Spin 16” slots. Several of their video slots incorporate this feature. The Spin 16 slots look like a standard five-reel, three-row slot, but players can spin the reels up, down, left, or right from one of 16 different positions. A multiplier also revolves around the reels during each spin and can increase payouts by up to ten times.

The company makes a point of describing themselves not just as game developers, but iGaming technology developers. Even though you may not have heard their name, they are one of the world’s largest providers of mobile games for both iOS and Android. They have collaborated with Microsoft, Fusion-io, and Dell to create one of the most advanced distributed platforms in existence. Their focus is not on making the most of existing technology, but going beyond that and developing new technologies.

Good For Online Casinos And Players

The games the Genii develops are obviously good for entertaining players, but the backend development that helps casino operators makes the overall experience better for players, too. In addition to getting the full catalogue of Genii’s games, the company’s platform allows casino operators to seamlessly process payment methods, set up loyalty programs, implement and track bonuses, and more. Everything they do is geared towards making the entire experience, not just one game, more comfortable and more fun for the players. 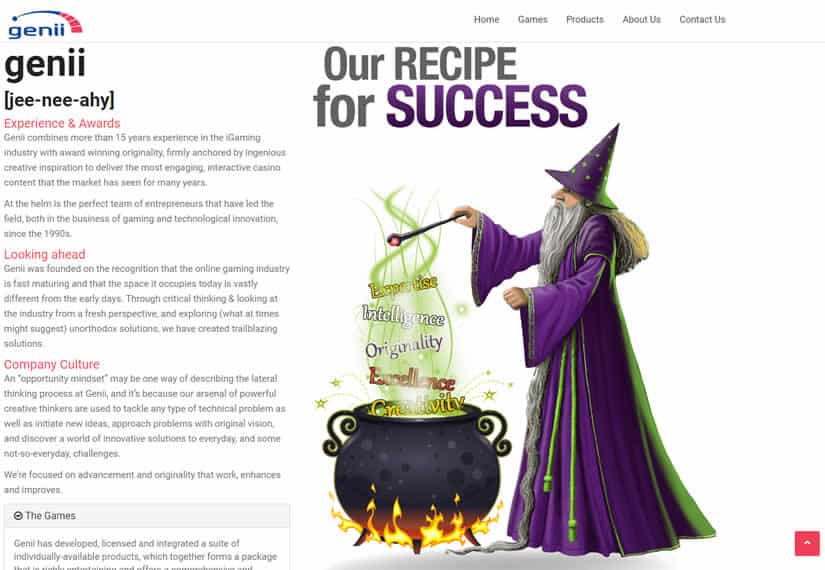