Papua New Guinea is an Oceanic country, located in the southwestern Pacific Ocean. The country is not particularly known for its gambling culture, and that might partly explain why the gambling laws of Papua New Guinea are not exactly well-known. Muddled is a word which could be used to describe the laws of the land when it comes to gambling – both online and offline. However, despite the lack of enthusiasm for online gambling, it is hardly illegal in the country.

The current Papua New Guinean gambling law stems back to 2007 when the Gambling Control Bill of 2007 was passed by a vote of 61-0. In essence, the bill legalises all forms of gambling (save for Asian horse racing, which was linked to Asian gang-related and organised crime). In theory, players should be able to play at land-based and online casinos just as easily as they would be able to play lotteries (both online and offshore). However, even now, 10 years after the passing of the bill, there are no land-based casinos in Papua New Guinea, and no real online casinos, either. In fact, a stipulation of the bill was that Papua New Guinea residents would not be permitted to play at offshore casinos.

Online casinos are not permitted to offer their services to players in the island country. It goes without saying then, that if players wish to play at online casinos whilst residing in Papua New Guinea, they are going to have to play at some rather generic offshore online casino sites. The types of casinos players usually go for are Curacao licensed domains, the types which aren’t too concerned about the origin of their players.

Officially, online casinos can ask for a license to offer their service to non-Papua New Guineas residing in the country. They would need to obtain such a license from the Gaming Control Board, but few, if any online casino enterprises have requested one.

Papua New Guinea does have a law which could see them hunt down any offshore casino operators who do offer their services to Papua New Guineans, but they have not exercised those rights. This means that in all probability, players can enjoy offshore online casino gaming in relative safety in the island country.

Online casinos in Papua New Guinea don’t exist, therefore players are required to play at offshore domains. To that end, as we’ve said, most players tend to go for the Curacao licensed casinos, since they are nowhere near as fussy about who they accept. This means that Papua New Guinea players are likely to use the US dollar or Australian dollar as their currency of choice (the Papua New Guinea Kina is not accepted at most sites), and have access to a range of games provided by Realtime Gaming (RTG), BetSoft Gaming and Rival Gaming. Given the incredibly low internet usage rate in the country, few players bother gambling online anyway.

Any player based in Papua New Guinea may wish to look at some rather sturdy and secure casinos to play at. Given the lack of experience of online gambling in the country, it is possible that players might inadvertently sign up at a less than secure casino. To that end, we can recommend several casinos which are known to offer their services to players in Papua New Guinea, and that are safe and secure.

There are still some online casinos we would recommend to players from Papua New Guinea and you can find them on Yes No Casino, however due to the regulations in place we are not going to list them on this page. Most of Papua New Guinea’s Australian neighbours tend to play at the same sorts of sites too since online gambling laws in Australia are potentially even more restrictive than in the island nation.

As we’ve said, there are quite a few dodgy, blacklisted and rogue casinos out there. The danger is that Papua New Guinean players are not as experienced at playing in online casinos as their more internet-experienced neighbours. Because of this, there is a good chance that a few players may sign up at unsafe casinos. Our recommendation would be to frequently check a casino blacklist site (there are plenty around) to see just which casinos to avoid.

As we’ve said – most major European casinos do not offer their services to players in the island nation. Because of that Curacao licensed casinos seem to be the ticket for players in Papua New Guinea. To that end, most of the types of games Papua New Guineans can hope to play have been developed by software providers who cater to Curacao licensed casinos. Basically, we’re looking at Realtime Gaming (RTG), Rival Gaming and BetSoft Gaming here.

Fortunately, between those three developers, there are plenty of online casino games for you to play. Realtime Gaming has developed a great collection of games which includes online slot machines, table games, and instant win titles. BetSoft Gaming is particularly known for their 3D slot machines, whilst Rival Gaming have dabbled in their specialist i-slots genre for years now. Just don’t expect to find too many mobile or live dealer games at Papua New Guinea casinos, if any are available at all.

Papua New Guinea players can, in all likelihood, claim the same kinds of bonuses and promotions as other offshore casino players at online casinos accepting them. This means welcome bonuses, the odd re-deposit bonus, and a few loyalty deals. Don’t expect too many daily, weekly or monthly promotions at Papua New Guinean offshore casinos, and certainly don’t expect to find bonuses specially designed for players of the island nation – they just don’t happen. 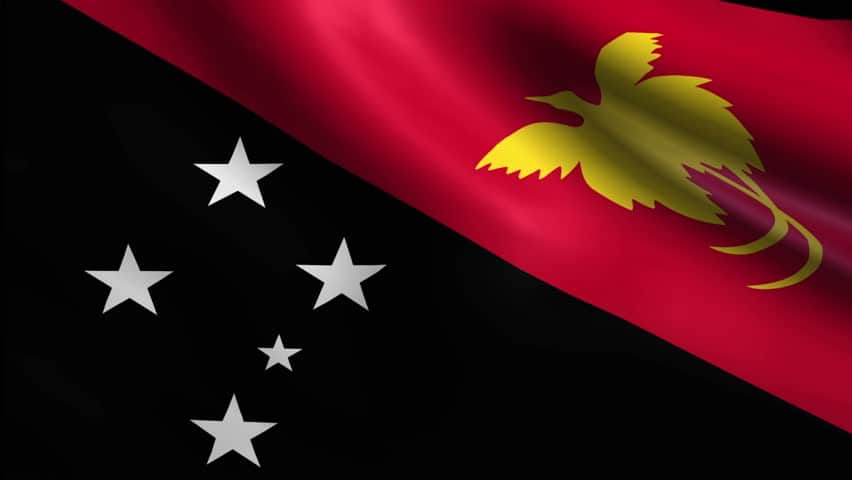