Time for a long overdue update. I’ve been busy with university and grinding which isn’t really an excuse but we’re here now.

So yes, I got incredibly lucky. I took a big shot (for me) in a £60 tournament on a Friday night during my first week at university in London and I end up chopping it for 1.7k cash + a £220 888 Live ticket (more about the ticket and the tournament run through later).

A surreal experience, it felt like I was dreaming but that could also be down to the 11 hour poker grind and effectively doing an “all nighter”.

I walk over to the desk and soon enough… 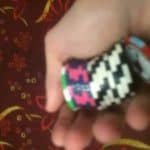 Obviously I’m an idiot at taking photo’s of cash out chips (I blame sleep deprivation but I’m still a photography fish). I had to walk over to the main cage of the casino instead of the poker room because they ran out of 50s (nice life). This photo above was one I took on the way.

It’s a weird experience being in a casino at 6am on a Saturday, such a wide variety of people from the hardscore asian slot grinders, to the old men, to the Romanian woman I saw feeding 20s into a virtual roulette machine. Part of me still finds being in a casino a bit uneasy since I’m surrounded by pure degeneracy, something I haven’t had much time experiencing apart from reading the degen stories thread on here.

I was getting stared at a lot when walking to the cage, which I guess is expected, I don’t really look like the usual person you’d see in the early hours of the morning at a casino with lots of chips/money. After getting the money I also chatted to one of the guys who I chopped with and his partner. They both seemed like nice people who play a fair bit. I’m going to go on a slight derail and share an insight which I don’t think a lot people have or think about enough when playing live. Maybe this is just wrong and you can correct me but I’m going to share my thoughts anyway.

Whilst I think I’m somewhat competant at poker. When I decide to play live, I’m playing to have a good time. What constitutes a good time? Yeah winning can somewhat be proportional to enjoyment but I really think I care more about being able to talk to people and have a laugh and some conversions. Not in the “down four pints and ask where the waitress lives” kind of way but in the “where are you from, finding more about someone” kind of way.

I started off the tournament on a completely dead table, most of the people were wearing headphones and large hoodies staring at eachother almost with looks of disgust. Whilst I find this a bit frustrating and boring and ****ing depressing to have to sit through I kind of get it, some people just want to do their own thing and not be hastled by some random. What I’m not a fan of however is the needling of showing one card and scoffing at plays and people just generally being *******s.

For a £60 tournmanet on a Friday night I feel a lot of people took themselves way too seriously. And yes who am I to tell people to act at a poker table I know I know… But when you see some 18 year old telling some middle aged rec th- actually let me just type it out.

BB: I guess you had nothing there (wasn’t in a needling kind of way just as a bit of fun)
SB: (Rather aggressively and definisively says) I’m actually balanced in that spot.
BB: What is balance? I don’t understand
SB: (Scoff) It means I do it with my value hands too (Scoff)

I’m just there thinking to myself, stfu.

The funny thing is that I used to be like the young dude in the SB, I used to feel it was my duty to school people at the table and that they didn’t know as much as I did etc. I used to have this big ego when it came to poker and I think I’ve learnt a lot in the past 6ish months which have helped me put things in perspective.

That conversion killed any kind of enjoyment the table was having, this kid was going off for ages about certain spots and no one was even listening. I know I know, I shouldn’t even be letting these things effect me, I should be blocking them out. But the thing is, I approach playing live pretty much as a recreational, I’m not there to make a lot of money. A lot of these young players, even the good ones are actually hurting their own bottom line by not communicating with the table and being *******s and slowrolling people.

Bink of brick this upcoming tournament the thing that will decide if I play more live in the future is the overall experience I have in the actual tournament. I’m going to save a story about what I learnt chatting to live fun players for another post but that’s all I really wanted to say for now.

Now, I’m going to go into a bit more detail about the tournament and how it went for me. As you’d expect the structure at the start was pretty good. I was chugging along kind of card dead but it was nice playing some small pots deep. Starting stack was around 30k and I stay around that for a while. I chip up to around 50k, manage to double AK>AQ and then a couple hands later this guy who just sat down and is quite chatty 6xs UTG. I wake up with AA and we quickly get it in and I hold. Pretty huge pot.

I don’t remember that many HHs but there was one spot when I have T9o on j8xxxrnbw when I call two streets IP and he checks river. I’m so close to just jamming for like 70% of the pot but I know the villain is a crazy french aggro fish. I almost utter I’m all in and check back. He smiled at me and said good check back and showed KQ, I knew it wasn’t even a troll, he confirmed he would of snapped. Guess I saved myself there.

Another interesting spot where this big punter was UTG and had been jamming and calling 40bb 4 bet jams with 22 etc and he just jams 50bbs pre. I have TT in UTG1 and level myself into thinking I can find a better spot and fold. Folds round and he shows 33.

I then go on to run like the sun (obvs). Pretty sure I won 5 35/65s in a row and two flips. I then manage to turn a straight vs two pair and hold for heaps. This is the situation now. 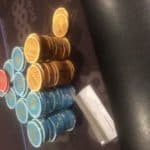 Obviously the strucure goes to absolute horse shit by the bubble and 8bbs is average. After a fair amount of time hand for hand is finally over and the crap shoot continues. I win another flip right before the FT and a 20 minute break starts.

I actually managed to chat to a few people on the break. Shoutout to Clark who’s president of the Warwick Poker Society. It was nice to play with you and congrats on making the money and thanks for the red bull!

Shoutout to everyone at the final table too, everyone was really nice to talk to and it was nice to hear other people’s experiences with live poker over the years.

An interesting spot came up at the final table with around 8 left. I don’t have the payouts on me (top heavy as hell) but I think it’s close.

I have around 15bbs and am a top three stack (I told you about the structure right). I’m in the BB and SB open shoves 9bbs, younger player, fairly active. I look down at K4o and tank call. He shows A6 and I flop trips, nice life me.

In all seriousness I don’t know how suicidal this is, granted it’s probably quite bad. It wasn’t definitely frowned upon by an old guy who just shook his head.

Anyway the night/morning went on, we had more breaks and we end up three handed and I have a chip lead but we are all short as anything.

1700 was more than second place and it was a lot of money for me so I decide to make a deal. We’re all happy and the older guy (the same person I chatted to at the cage later on) shook my hand and complemented me on my game. I don’t know if that was because of the rush of winning lots of money so his was in a good mood but I appreciated it regardless.

So fast forwarding to me having about £1700 in my pocket I think the GTO play was to obviously get a taxi back to my halls. I go to the desk and ask if I can order a taxi.

Like I’m not posting the conversation because I’m salty or whatever, I literally don’t care at all about being asked why I can’t take the tube I’m just surprised that situation hadn’t previously arisen for her.

Anyway I make sure to ask how much the taxi will be since I don’t want to get ripped just because I have money on me.

So I get escorted by the driver to the taxi and we chat a bit in the car about how he works nights. He drops me and I say..

I give him a fair amount (more than what the receptionist said it would be) and head back to my flat. Weirdly as I’m walking up the campus people start clapping out of windows at me. Maybe it’s because they thought I stayed over at someone’s since I was still in normal clothes, of course I literally did the polar opposite of that and spent 12 hours in a dark ish room with middle aged men.

I get back to my room and I’m obviously too buzzed to fall asleep right away. I message some friends of mine and one guy (Graham/Mr. Tilt) gets back to me straight away.

He tells me all the degen shit I should do but I say it’s all going in the bank etc. 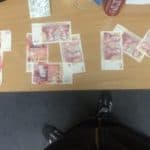 Eventually I get some rest and deliberately wake up at midday to not ruin my sleep schedule.

Rob messages me and asks if I want to meet up and I tell him the good news. He’s been a great friend to me and I treated him to a couple of beers and a burger, and some games of speed chess! 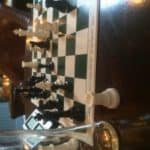 We chat for most of the day later that evening go out and play some pool with another friend of his at Kings Cross (we’re all fucking terrible at pool btw). 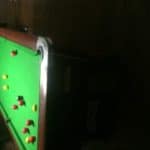 I get back in the evening, break the news to the flat mates and buy some drinks later on in the week.

My Dad sends me the classic “Well played I guess” text.

Most of the money has gone into the bank and the rest to grind zoom on stars. I’m playing 10nl currently and it’s going quite well. I plan to update my poker situationly monthly so stay tuned for that.

I’m feeling great, university is fun and challenging and I feel I’m balancing my time quite well.

I’ll be playing Day 1c of the Aspers 888 Opening Event on the 15th of October with the ticket I won! If any of you want to meet up or chat on that day let me know, I’m always up for meeting 101ers!