So I’m actually in London for one more night but since I won’t be up to much tomorrow and I have some free time this evening, I thought I’d write the trip report for my first day (Monday) in London. I might combine some of the future days but for now one day at a time works well.

In the past with these kind of things I’ve often taken a pretty comical line but I think for this trip in particular I’ll try and give the most realistic perspective of my time here and how I’m feeling currently. They’ll likely be some vaguely humourous stuff in here but I feel that’s just part and parcel of my writing whenever I review stuff.

So it’s just before midday and I’m pretty happy, I feel a bit tired due to lack of sleep but overall I’m excited.

I’ve been cooped up at home for a while and it feels pretty good to get out and have some time away from the family.

Due to my tiredness I go and buy a coffee at the station, I sit down at the platform, take a sip and..

In all my 19 (soon to be 20) years this has got to be the hottest coffee I have ever drunk in my life. The only thing that can compare is that watery hot chocolate I got at 7 a side games on Sunday mornings in the winter.

I use the world drunk lightly, as soon as the liquid touched my tongue I knew. You know, that slightly fuzzy feeling you get on the tip of your tongue when you know you’ve burnt it. I had no way to know how much damage had been done, I just had to wait and see.

However as of late I’ve been trying to generally be a happier and more positive person so I looked on the bright side of the situation.

1) It could always be worse, I could of spilled it all over myself or on someone else. Plus, worse stuff in the world is happening, it’s just a tongue burn, it may not be that bad anyway.

2) I have a hand warmer, yes I might be in shorts and it’s pretty pleasant weather but hey, positives, trust me I know how much I’m scrapping the barrel here.

The train soon arrives and I already know what I plan to do on the two hour journey to London.

For those of you that don’t know I’m currently (attempting) to grind MTTSNGs on stars. I’m trying to improve my game and I thought a constructive thing to do would be to write some notes on a more optimal tagging system I could use.

For those of you that have any familiarity with South-West Trains you’ll know the “two seater” fold down tables are beyond on joke, somehow I was able to write (albeit scruffily) some notes for part of the journey.

Luckily a “four seater” area became free which has a much bigger table so I decided to sit there and continue writing. Two older women were also on the table with me and one of them seemed interested in what I was writing.

She kept on peering over but you know British people gonna British and she never even quizzed me on it. People are so glum and shy on transport in the UK, it’s like no one can talk to each other and we all just have to mind our own business.

I would of been happy to explain to her what I’m doing but I felt me saying something along the lines of “you seem interested in what I’m doing” to be quite a hostile thing to say.

I know we all don’t want to be “that guy”, you know, the person who decides to talk to you during the first 20 minutes of a 5+ hour flight. (I’m sure a lot of us have been on the receiving end of those conversations) But still, it doesn’t hurt to ask a few questions if you’re intrigued by something. 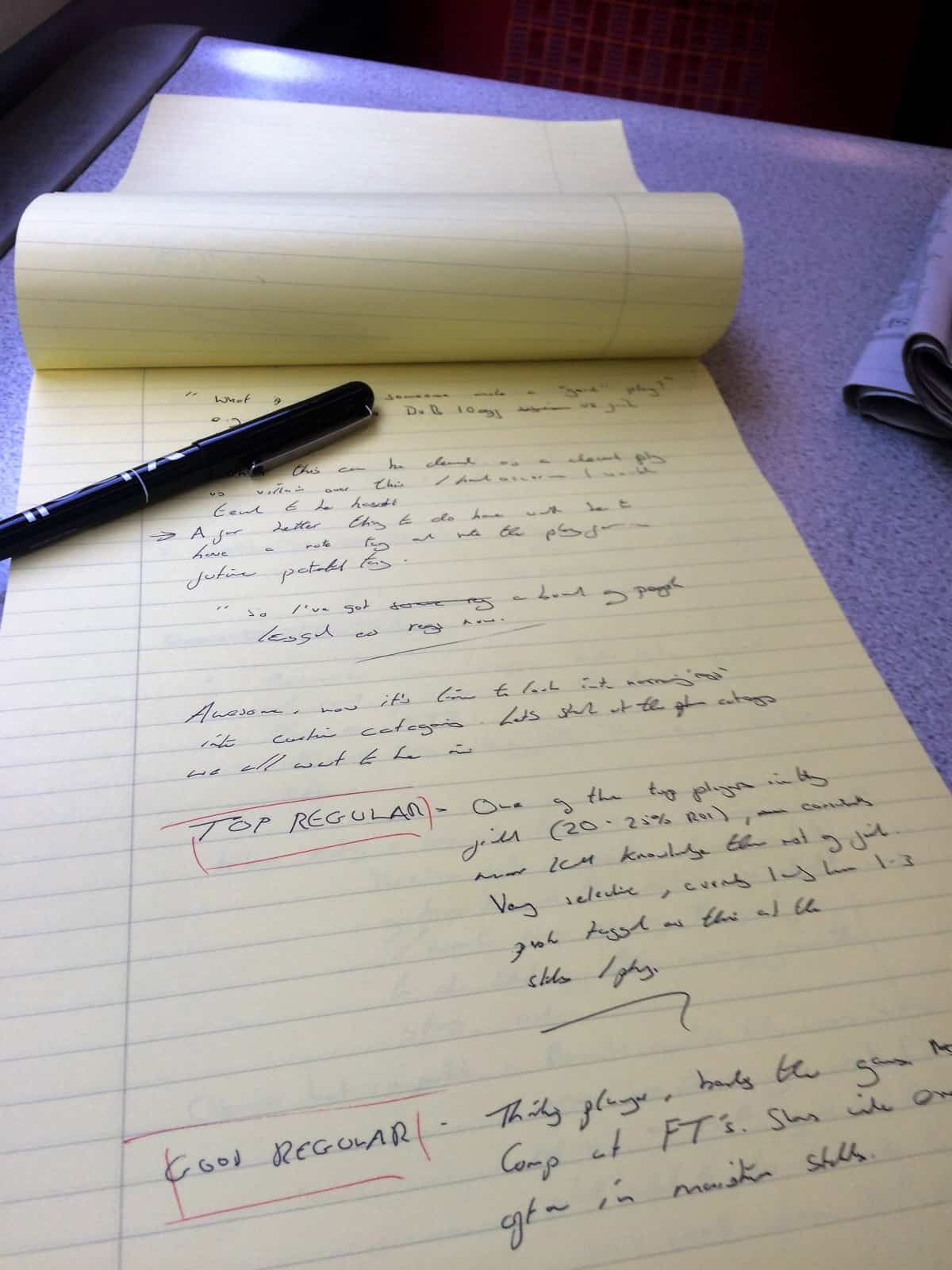 “Weird note making style Tom, all the quotations and stuff”

Don’t worry it’s fine, you can admit you tried to squint and read what I was writing, I’m more than happy to explain.

First off I’ve always preferred taking notes on paper, I could use a laptop but I quite like writing (even on a jittery train) and I feel I retain more information too.

In regards to the style I like making notes which are quite open, I often pretend that someone else is reading them and I think of remarks they would make whilst reading (hence the quotation marks). It helps me solidify points and increases the chances of me understanding general idea’s. 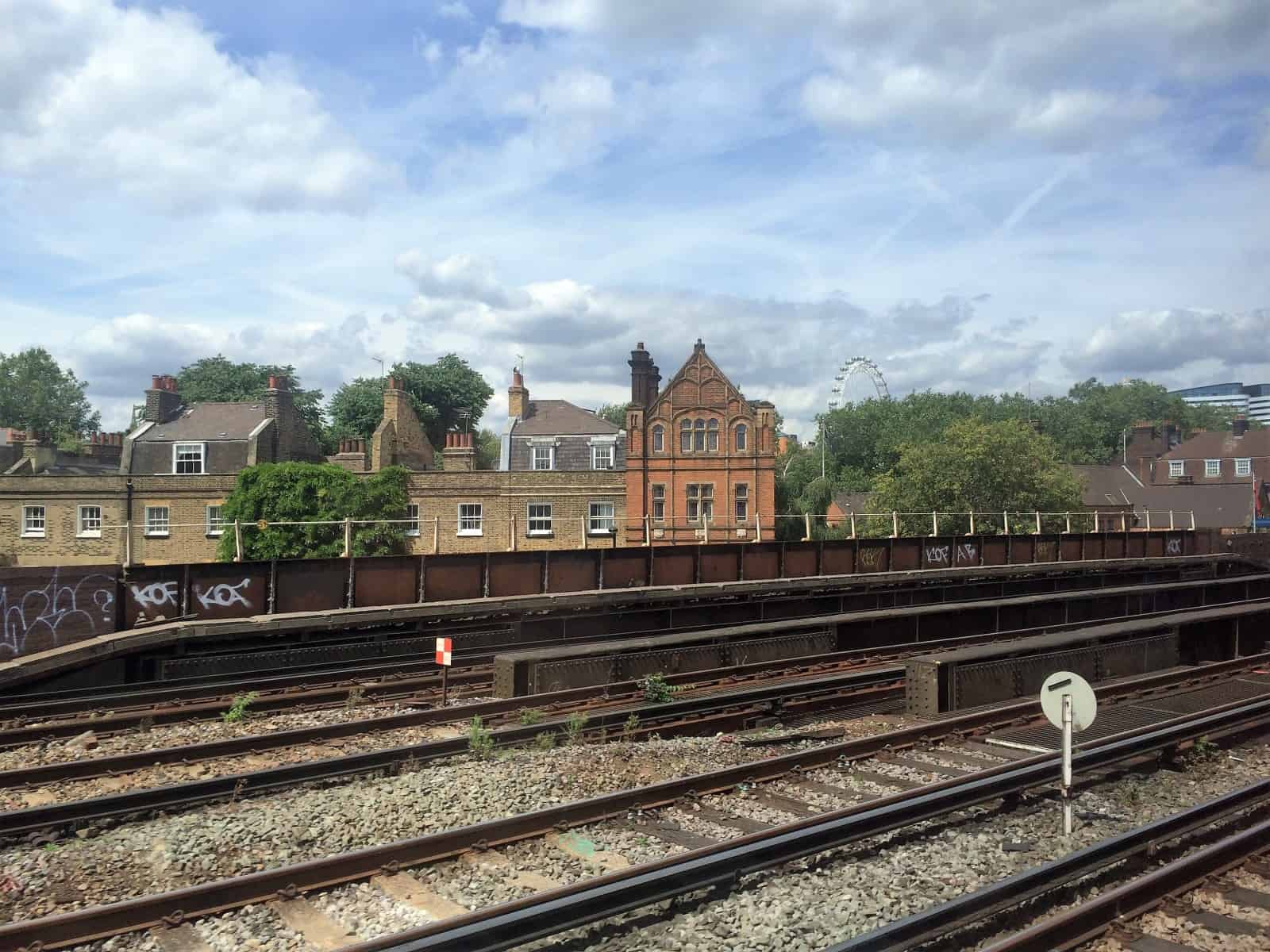 We eventually get to Waterloo and before we get to the station we suddenly stop. (Picture isn’t of exact location but pretty close).

I used to live 30 minutes on the train from Waterloo before we moved to Dorset so I think somethings up. I know we’ve never stopped in this place either. Have we broken down? Wh-

“Ladies and gentlemen we will be briefly stopping whilst we are assigned a platform since we have arrived before our scheduled time”.

For those of you thinking wtf is this kid on you may not know how bad a lot of British transport is. The amount of times I’ve heard from friends that they were delayed at Clapham Junction for 3+ hours is crazy.

Again maybe I’m in the wrong and you guys can correct me but this is the first time ever I’ve turned up to something before the scheduled time.

Regardless I get off the train, take the tube to Angel (where I’m staying) and dump my stuff at my friends (Rob) place.

What Rob and I end up doing a fair bit is playing a lot of chess. We actually met whilst playing online chess. We played a few games, started skyping more, playing more and as of now it’s been over a year now since we both first met in person and we get on really well. I’m so grateful that he’s allowed me to stay in his place and he (alongside the people he lives with) really make me feel welcome. I’ve met a lot of his friends too who are all great.

Anyway the day continues and we end up where many a young chess player has ended up. At a bar/pub playing speed chess. 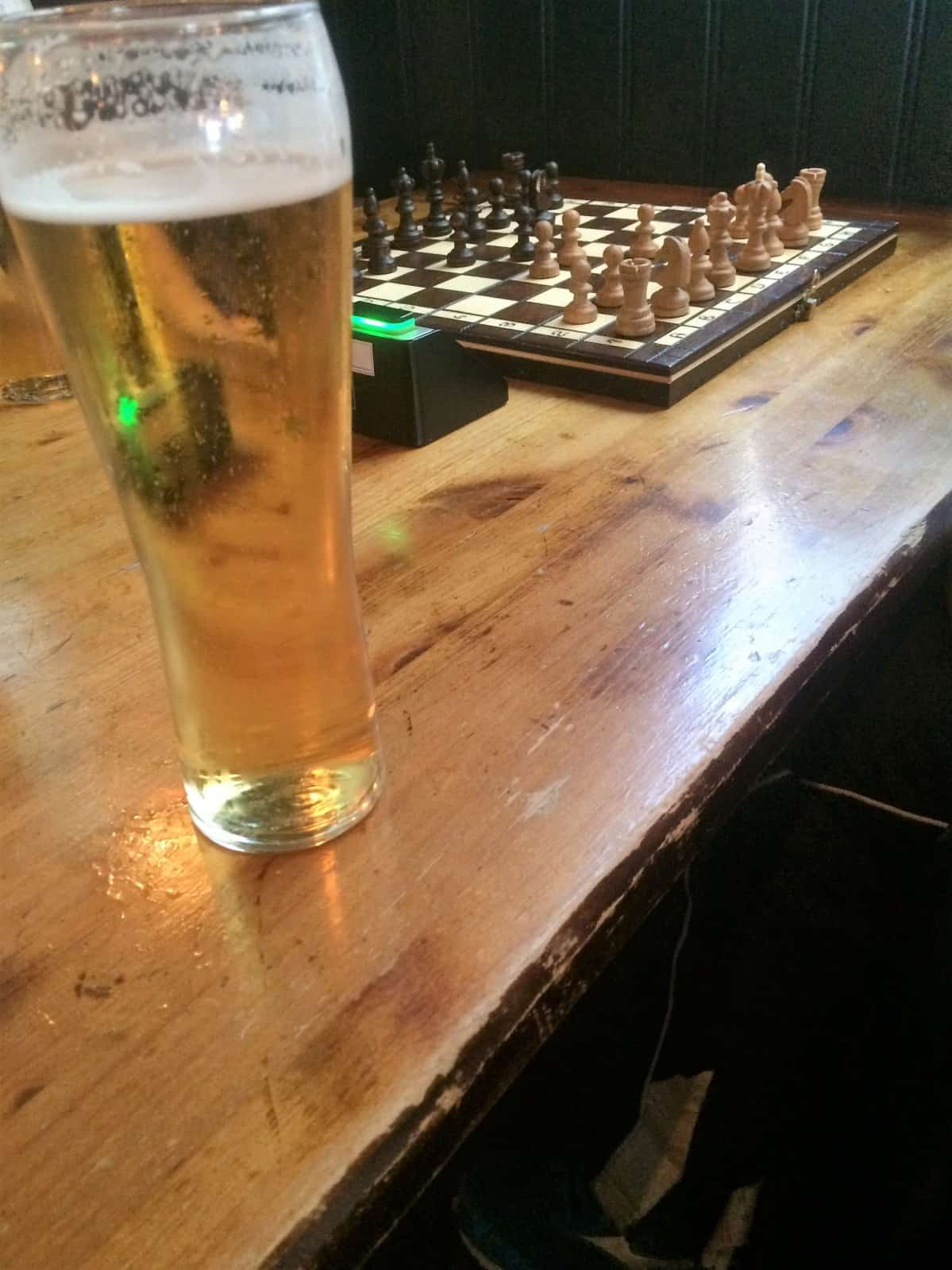 After a couple of pints and many a game we return back to his and have a bit more to drink and play some chess in his patio/garden area. I wish I had a picture to show but it was still great fun.

The day draws to a close and I feel pretty tired. It’s been a pretty great day.

I look ahead to the next day in which I plan to play a Live Donkament at Aspers in Stratford. I’ve played at Aspers before but not for a long time. Maybe they’ll be some nostalgia, maybe I’ll get the same headache I’ve got the two or three previous times I’ve been there. However, they’ll definitely be some things which are certainties…