Run It UP! Reno hosted by Jason Somerville is just around the corner. The six-day festival will take place Oct. 20-25 at the Peppermill Resort Spa Casino in Reno, Nevada, but it plans to be much more than just your run-of-the-mill poker tournament series. Events on and off the felt will be taking place everyday, and those in attendance will have the chance at a truly one-of-a-kind experience .

One of the things Somerville has been focusing on with his streams is playing more than just the popular variant of hold’em. He’s really been trying to incorporate as much variety as possible into his events, and this idea will continue at Run It UP! Reno, where Somerville hopes to spend much time with those there playing different games and “mixing it up.”

And then, one can’t forget about the premier event of the series — the Run It UP! Reno $565 Main Event with a $100,000 guarantee. This event will feature two starting flights and take place over three days, Oct. 23-25, with the final table streamed on Twitch.

Effort and energy is something Somerville was certainly born with. In recent time, not only has he been planning and preparing everything for his Run It UP! Reno event, but he’s been participating in the online poker world’s biggest tournament festival and streaming every minute of it for his latest Run It UP! season.

Indeed, Somerville did profit from both the latest Run It UP! season and the 2015 WCOOP. In the latter, he banked a profit of $28,717.29 from eight cashes in 42 events players. As he stated, Somerville made three final tables, and his total buy-ins amounted to $46,694. You can find all of Somerville’s stats online at RIUstats.com. 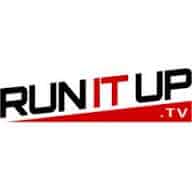