Russian authorities may be aiming to reclassify poker as a game of skill and regulate online poker in order to generate tax revenues to fund the state’s sporting ventures.

In July 2014, Russian Deputy Prime Minister Igor Shuvalov commissioned a study to assess whether or not poker is a game of skill. Last week, Russian news outlet Interfax reported that a meeting was held to discuss the results of the study, and that the study concluded that poker was a skill game.

One source, who was at the meeting, told Interfax that no decision had been made to amend current regulations to create a regulated online poker market. However, the source did say that, should the Russian government decide to regulate online poker, all servers containing Russian player data would have to be stored within the state.

These reports follow a story by Sporting News last month that Russia would begin regulating online poker in order to generate tax revenues to fund the Russian National Chess team. Sporting News reported that Russian businessman Vasily Anisimov, who runs an association of the state’s lotteries, announced that a regulated Russian online poker market could contribute $12.2 million annually to the Chess Federation, in addition to funding several other sporting entities.

Last month, Russian President Vladimir Putin commissioned a study to examine how much tax revenue could be generated through a regulated online poker market in Russia. The study found that the market would generate between $30 and $45 million annually, according to Poker News Report.

In Dec. 2014, Russia passed Bill 478806-6 in the State Duma, effectively making it illegal to play online poker in Russia outside of the state’s six designated gambling zones. 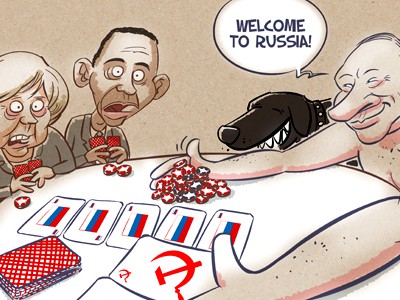