With Slots Guide having been born as a result of a poker forum that we run, we decided it was a good time to go back to our roots in some respects, and feature some items of interest from the world of poker, both online and live.

This page will be populated over the coming weeks and months, and will feature sports stars in poker, poker players from the entertainment industry, poker stars turned politician (yes that has happened) and much more.

If you have an interesting article that you would like to write and submit to us for inclusion on this page (or any page here on Slots Guide for that matter), feel free to drop us an email, or comment in the comments box below this article and we will get back to you as soon as possible:

In recent years it has become a trend for sports stars to sign deals with Online Poker sites to act as Ambassadors both online as well as in the live circuit, and with the World Series of Poker having started in Las Vegas, and the huge summer of sport we have ahead of us, we thought it would be interesting take a look at a few of them. We will update their progress if they manage to achieve any decent results during this year’s WSOP.

Poker Stars is a big sponsor of both former and current stars from the sports world and its current stars include Cristiano Ronaldo, Neymar Jr, former Brazilian soccer star Ronaldo, and (arguably the best of the bunch in terms of live poker results) Fatima Moreira de Melo. 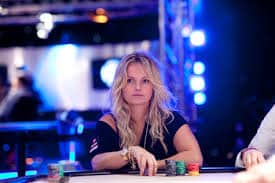 Moreira de Melo won Olympic gold at the 2008 Beijing Olympics with The Netherlands field hockey team, and is a regular on the European Poker Tour as well as the virtual felt at Poker Stars. Her sporting success has certainly stood her in good stead with registered live poker tournament winnings of nearly $460k which includes a best result of second place in the season 4 UK & Ireland Poker Tour event held on the Isle of Man which earned her a whopping $95,750.

One could argue that outside of The Netherlands both the Ronaldos and Neymar Jr are more famous names to the general public, but we think that Poker Stars hit the nail on the head when signing Moreira de Melo, a great advert for the site and she can certainly play poker! 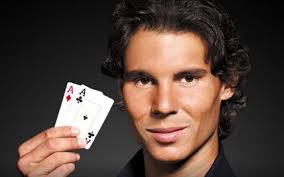 Rafael Nadal was a sponsored Sports poker star at Poker Stars for a couple of years. Like in the case of the Ronaldos and Neymar Jr, Poker Stars put a lot of money in to advertising his tenure as part of the team. Television advertising campaigns have run in countries where gambling site related ads are allowed to be aired. Players on Poker Stars have had the opportunity to win player related freebie products, meet and greets, and tournaments against the sports star players. They often put a bounty on their head during the games, so whomever eliminates the sports star from the tournament will receive a cash prize.

These promotions have been a great success for Poker Stars with many people vying for the extra prizes, often being able to buy into them for free, or for easy to achieve quest requirements. “Rafa” is no longer part of the team, with his tenure having come to a mutual end straight after the completion of their first contract. 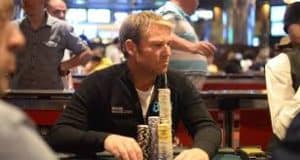 Many other online poker sites have signed sports stars as Ambassadors, often tailoring their choice of star to suit the public in smaller, or up and coming markets. A great example of this is 888’s signing of the former Australian Cricket Star, Shane Warne. Warne fits the bill perfectly for 888 being a household name in Australia, but also commanding a lot of respect in growing markets like India, because of his cricketing prowess. He also spends a lot of time in the UK and still commands a lot of respect there and in other cricketing nations so a perfect choice for 888, and he can play a bit. 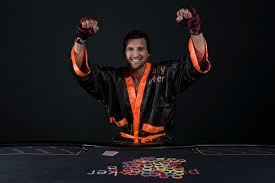 Not to be left behind in the push to sign a well-known sporting figure of their own to act as Ambassador, Party Poker signed up Britain’s former four-time boxing world super-middleweight champion Carl Froch at the end of 2015. Certainly an interesting recruit to the ranks as he brings a band of followers to the table that might not otherwise have been involved in poker, and we are keen to see if he can pack a punch on the felt as well as in the ring.

Keep an eye out for more Sports Stars in Poker pages in the coming weeks. There are many out there and we will feature more of the success stories but also some of the not successful switches from pro sports to the Online and Live Poker and casino scenes.

As promised in the first edition of this series, we are tracking the progress of a number of sports stars, sponsored by online poker rooms, at this year’s World Series of Poker (WSOP) in Las Vegas. A scout around the results of the 56 events that have started so far (there are a total of 83 tournaments this year, featuring just about every poker variant that is played live, such as No Limit Hold Em, 7 Card Stud, H.O.R.S.E, and more) showed us that none of the players featured in the article, have actually made it out to Nevada yet.

Not wanting to disappoint, we jumped on to our Twitter account ( @Slots_Guide ) and contacted them with a direct tweet. Almost immediately, Fatima De Melo ( @Fatimademelo ) replied to us that she is actually heading out there today (29th June) and is really excited to get involved in the events she plans to play. The others have still to reply, but we are sure we will see one or two of them on the felt soon. 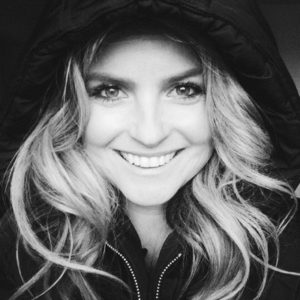 During our trawling through the many results so far, we came across the name of an extremely talented soccer player who has been in Las Vegas for a number of weeks now, former Feyenoord and Real Madrid star Royston Drenthe. Drenthe (29) is currently contracted by his nine professional football team, Baniyas SC in the Kingdom of Saudi Arabia, and is enjoying the close season playing cards.

Drenthe was in fact the first Dutchman to score a cash at this year’s WSOP, finishing 1474th in the $565 buy in NLHE Colossus II event that attracted 21,613 entrants, and which was won by Benjamin Keeline who took home a cool $1m for the win. 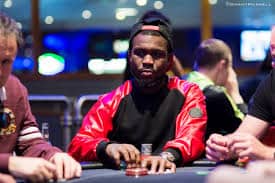 Drenthe has since played a number of the non-bracelet events (these are organised around the 83 WSOP Events and run daily) cashing in 7 or 8 of them, and has recorded two more cashes in the WSOP events, with a best of 42nd in the $1500 No limit Hold Em bounty event (Event #46) for $6202 from a starting field of 2158 runners. Its a very admirable performance so far from someone playing in their first WSOP, and we looking forward to tracking the rest of his performances throughout the WSOP alongside our featured players.

Keep a eye out for Part 3 of this series where we will be updating results, and featuring some more stars from the poker and sports world.