Leading professional eSports team, Team Liquid, have joined forces with PokerStars to hone their skills at the world’s largest poker site! Are you ready to challenge them?

The global eSports organisation is one of the most feared in the industry, and over the coming weeks and months, Team Liquid will be playing and streaming PokerStars games exclusively on Twitch.

Each player’s poker journey will be aided by fellow Team Liquid, and Team PokerStars, members Bertrand ‘ElkY’ Grospellier and Lex Veldhuis, who will keep a close eye on their progress. Watch as they get to know exciting PokerStars games like KO Poker and Spin & Go’s via each player’s Twitch channel – and don’t miss their exclusive documentary from EPT Barcelona.

Plus, as an added bonus, PokerStars and Team Liquid are giving new PokerStars players the chance to get $20 worth of free play, 1 Million free Play Money chips, and a ticket to a monthly Team Liquid home game freeroll with a $500 prize pool!

Team Liquid have won titles at the biggest competitions throughout the world – now they’re turning their attention to poker. Here’s how selected team members measure up:

Janne ‘Savjz’ Mikkonen is a 28-year-old Hearthstone player from Finland. Savjz has been playing cards for as long as he can remember, and his expertise will be a perfect fit for poker. Beginning as a recreational Magic: The Gathering player over 10 years ago, the Finn then rose to the top playing Hearthstone. He has won titles in the OGN Invitational 2014, Seat Story Cup II, and ASUS Play It Cool, and most recently placed second in The Curse Trials in February 2016. He sees streaming poker as the next step in his mission of card game domination!

Jeffrey ‘SjoW’ Brusi is a 29-year-old former Swedish Starcraft II competitor, who now plays Hearthstone for Team Liquid. He has a habit of making memorable moments, including his stunning upset of world champion Life at DreamHack Open: Summer 2013 in SC2, and his title at Xfinity Hearthstone Invitational. SjoW used to play a lot of poker before starting his eSports career, and on his partnership with PokerStars, he says: “I’m happy to announce that I will be streaming some poker under the PokerStars flag. If you want to see an old poker player relearn the game tune in to my stream!”

Dario ‘TLO’ Wünsch is a 25-year-old StarCraft II player from Germany. A former Brood War and Supreme Commander pro, he’s known for his happy and carefree demeanour, but is the master of taking calculated risks and using unconventional methods to succeed. Will those same strategies translate perfectly to poker? Tune in to TLO’s channel to find out. 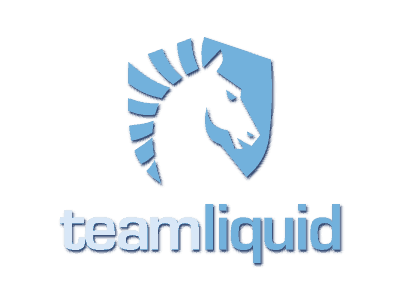