Few slots are as iconic as IGT’s Cleopatra. It may be over 10 years old, but there is no doubt about it. Cleopatra is easily the most influential and popular of all Ancient Egyptian themed slots on the net. Even though it is historically themed on Ptolemaic Egypt rather than Ancient Egypt, casino players can’t seem to get enough of Cleopatra. The slot has proven itself so popular that it has spawned several sequels and spin-offs. None of those have scaled the heights of this original game, though, with Cleopatra II looking flat compared to this mammoth of a game.

Cleopatra slot takes in the very best elements of historical Egypt, represented by reeds, scarab beetles, the flail and crook, cartouches and the Eye of Horus, to name but a few of the symbols which appear in the game. The slot was popular long before it appeared in the online casino world, too, having become a legend in land-based casinos in Las Vegas and many other gambling meccas across the globe.

Cleopatra is one of the few major IGT developed slot machines which actually allows players to alter the number of paylines which appear in the game. There are 20 of those spread over Cleo’s 5 reels. IGT tends to feature fairly strict and inflexible wagering ranges in their top slots, but Cleopatra (being one of their older releases) allows for total control of your bets. Players can readily select coin values (line bets) which range from 1p up to £5, and that will see stakes flex from a floor of just 1p per line per spin at their cheapest, up to £100 per spin at their costliest. This modest wagering range should suffice most players operating on all manner of budgets.

The thematic symbols in Cleopatra are worth considerably more. Players can pocket wins worth 10 to 250 coins for Eye of Horus or flail and crook symbols, 15 to 400 coins for cartouches, and 25 to 750 coins for lotus and scarab symbols. The best paying symbols in the slot are Cleo herself. Landing her 2, 3, 4 or 5 times on any active line will see you pocket winnings worth 10 coins, 200 coins, 2,000 coins or a non-progressive 10,000-coin prize.

Second Chance feature: Whilst we’re talking about the progressive jackpot version of Cleopatra, let’s discuss the Second Chance feature. This is only available in the Mega Jackpots version of the game. Following any “near-win”, players may be able to have another crack at landing 5 of the Mega Jackpots symbols, which of course, provides them with another attempt to win the progressive jackpot. This feature does not appear in the standard version of Cleopatra.

Wild symbols: The Cleopatra icon will already be familiar to you by now. As well as being the best-paying standard symbol in the slot machine, it also doubles as a wild symbol. Speaking of doubling up, any win which happens to feature Cleopatra wilds will naturally be doubled by those symbols. Wilds symbols can substitute for any other icons in the game barring free spin symbols.

Bonus/scatter symbols: Those free spin symbols appear as Sphinx icons. Come on, it wouldn’t be Ancient Egypt without a Sphinx, would it? These icons can appear on all 5 of the reels in the base game, and landing them at least 3 times will trigger Cleopatra’s primary feature, a free spins bonus round. The bonus symbols also double up as scatter symbols, rewarding players with cash prizes worth 2x, 5x, 20x, or even 100x their total bet when 2, 3, 4 or 5 such symbols appear anywhere on the reels. Since they are scatters, it doesn’t matter where they fall – they count no matter what.

Once you’ve landed 3 or more scatters, you will activate Cleopatra’s free spin bonus feature. Many players report big wins in this feature, which is understandable since there are multipliers to be had there. Initially, players will start the free spins bonus round with a total of 15 free games. It doesn’t matter how many scatters you locate, a total of 15 games is the standard starting figure in this round.

Here’s the nifty part. During the free spins bonus round, any winnings you pocket will instantly be tripled. No multiplier symbols are required, with the 3x multiplier tripling any winning combinations which feature on the reels. Of course, with the use of wilds, you can ramp that rate up a bit.

Cleopatra is a slot which just won’t be bettered. Of course, if you are going to give Cleopatra a run for its money, we would strongly recommend you try your hand at the Mega Jackpots version of this game. Although the slot asks a heck of a lot to dish out its progressive, you’ve got to be in it to win it. A few of the sequels and spin-offs may be worth a look if you’ve fallen in love with Cleopatra and fancy playing something similar, but in all honesty; none of them, nor any other developer’s Ancient Egyptian themed slots top the original Cleopatra.

Cleopatra is arguably the most popular land based slot machine ever made and though it’s starting to look a little jaded round the edges compared to some of the newer slots, both the land based and online versions still have a huge cult following. Cleopatra by IGT has an RTP of 95.02% which is actually higher than the land based versions Return to Player.

In our days, if you want to play casino games is not hard like twenty years ago, because you can play them online from any kind of gadget if it has an internet connection. Now it’s very simple. But, if you don’t know what game to play I can help you. Today, we will talk about Cleopatra game which can be found on every website with slot games, because is a very known one. This game can be also found in every casino which has more than two slots. Because it is a very known game, there were appeared many variants of this slot game, but today we will discuss about the classic one.

I said before that this game is a classic one and it really is: it has 3 rows and 5 columns with thematic symbols( in this case, 15 Egyptian symbols. Like in Book of Ra or any other old slot game ) and your aim is to match, from left to right, three, four or five similar symbols.

It also has a nice bonus: if in one round you’ get 3 scatter symbols( Sphinx symbols ) you’ll win 15 free spins. This is a great bonus which can give you some substantial gains.

In addition, this is a nice designed slot game with an attractive theme: the old Egyptian world. And, it has some very nice sounds: a women( who probably is Cleopatra themselves ) who gives you tips, encouragements and wish you luck. This game, truly makes you to feel like you’re in the ancient Egypt.

This slot game is a great one, with a good story, an attractive thematic, nice symbols and big gains. So, don’t hesitate and play Cleopatra right now. 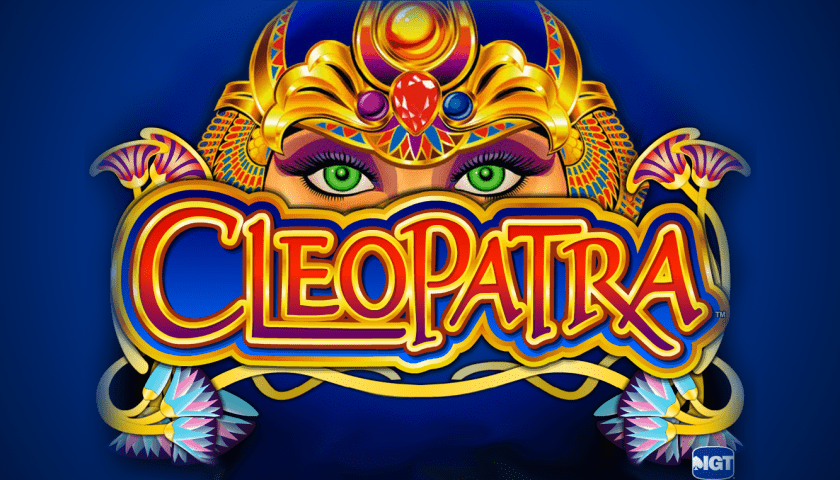