On this EGT Slots & Casino Page you will find:

The Secrets of London = NA

The Story of Alexander = NA

EGT, short for Euro Game Technology, is a Bulgarian gaming company that supplies gaming content across 80 international locations, including the Americas, Asia, and Africa. The company was formed in 2002 and has 3 divisions: EGT Interactive, EGT Multiplier, and EGT Games Technology.

As a member of the Gaming Standards Association and the Association of Gaming Equipment Manufacturers, EGT provides HTML5 software that’s tested for fairness by SIQ Gaming Technology and the acclaimed GLI (Gaming Laboratories International). EGT slots and casinos are not difficult to find – there are over 70 operators that partner with this developer and quite a few are USA-friendly casinos.

EGT’s releases are easily recognizable, as the developer has a unique designing style which combines the elements of traditional and modern aesthetics. Their entire portfolio is divided according to the slot game type, date of release, and top-performing games, with a separate section that introduces upcoming games. EGT Slots are dominant and can be filtered by structure:

Other categories do not have any additional classifications and the selection is limited, at least at the moment, as two more games are announced under the Coming Soon section – Bonus Dice and Casino Battle.

EGT introduces a unique, multi-layered jackpot concept, with four randomly triggered mystery jackpot levels (represented by card suits) and a bonus picking game. Once you reach this stage the jackpot is guaranteed, and the first three matching card symbols (out of the 12 cards facing down) will determine the actual jackpot.

The option to increase your winnings (Double Up) is offered after every winning spin and can be used up to 4 times. The rules are simple – just try to predict the color of the card facing down. If you win, the winning amount will be instantly doubled. 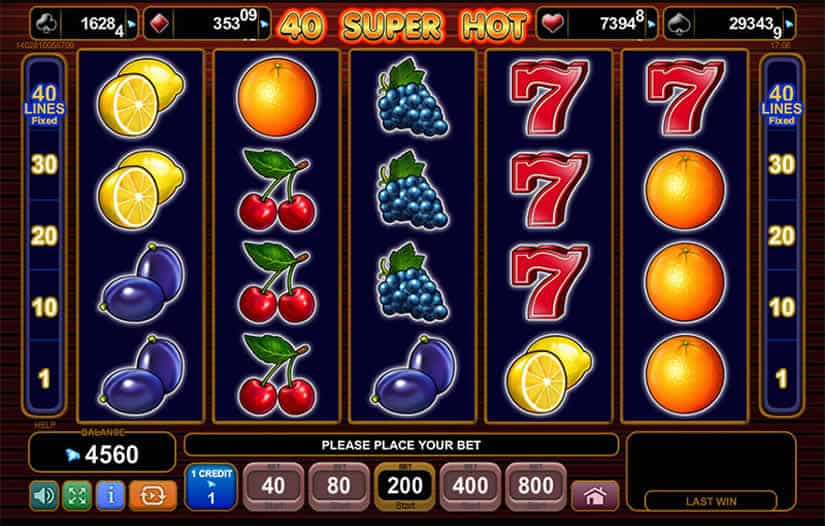 Wild 7: replaces all icons expect for the Scatter Symbol.

Gamble Feature: an option to double the winnings up to 4 times or lose the payout if you fail to guess the color of the cards facing down. 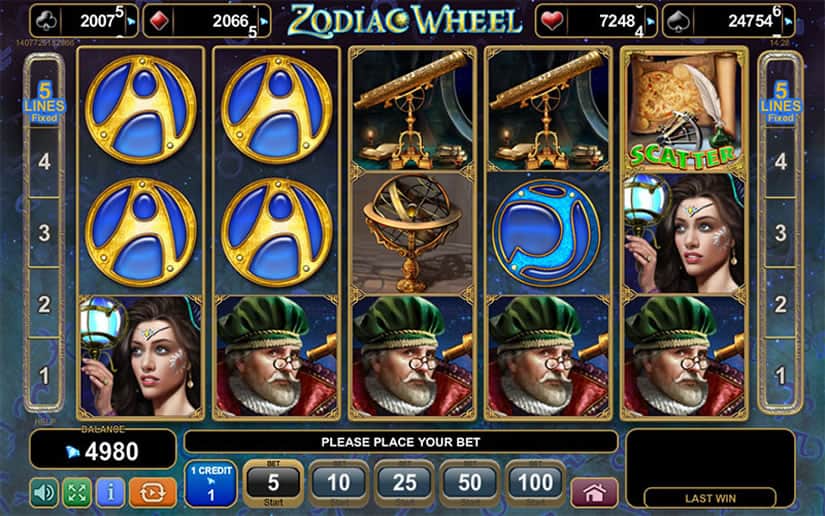 Released in 2015, Zodiac Wheel is a low to medium volatility slot seemingly inspired by Nostradamus. The game is played across 5×3 reel grid and has 5 fixed paylines. The Astrologist is the highest paying icon, followed by the Gypsy Woman, Telescope and the Armillary Sphere.

Wild Horoscope Wheel: lands on reels 2 to 4 and replaces all other symbols except for the Book and the Map Scatters.

All symbol combinations, except for the Scatters, are paid left to right. Just like all other EGT slots, Zodiac Wheel integrates the 4-level mystery jackpot and the optional gamble feature. 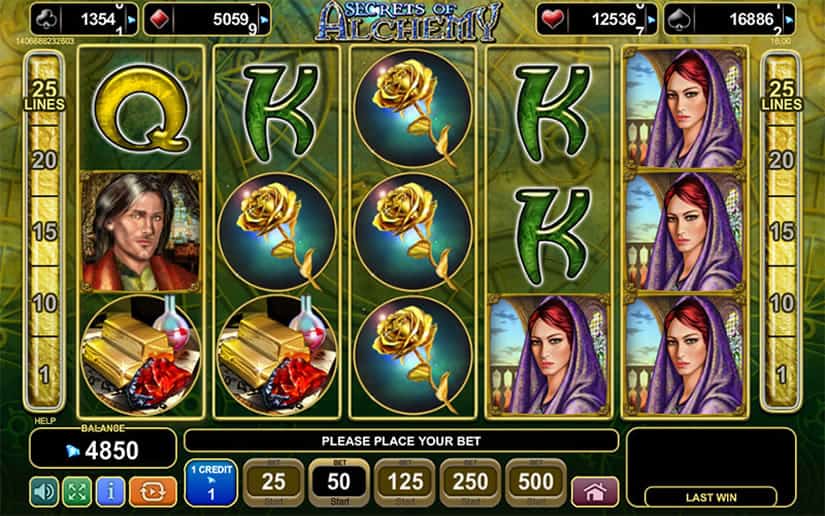 Secrets of Alchemy was released in 2016 and the featuring character has an uncanny resemblance to Lord of the Ring’s Gandalf. It has 25 paylines, 5 reels, 3 rows, and low to medium volatility.

Secrets of Alchemy is somewhat different from other releases on this list as it emits the same type of simplicity but offers two bonus features:

Stacked Wild: lands on 2 – 5 reels and replaces all icons except for the Castle Scatter.

Free Spins: appears on reels 1, 2 and 3, and activates 7 Free Spins. The spins can also be randomly unlocked during the base game.

Toppling Reels Feature – cascading effect that’ triggered after a winning combination is formed. The symbols on the payline will disappear, making room for the new icons to fall into their places. 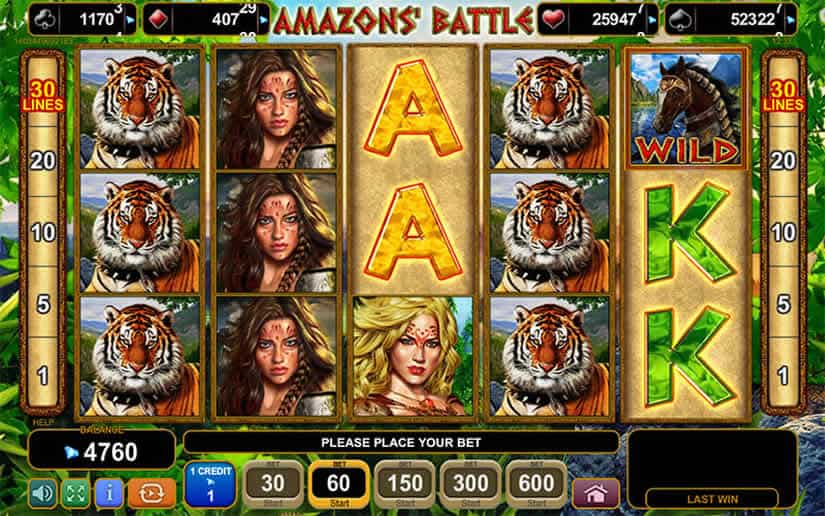 Low to medium volatility slot with 30 paylines and 20,000 coins payout potential, released in 2015. The Amazon warriors are the featuring characters and the highest paying icons, generating up to 1,000 coins for a combination of five symbols.

Stacked Wild: the highest value icon that pays up to 20,000 coins. It can also replace other icons and complete any winning combination. Scatters are exempt.

Free Spins: bonus rounds are unlocked with the Scatter and the number of spins is determined by the number of icons that form the combination: