There are all kinds of gamblers out there. There are those who like games like the slots, roulette and craps. There are those who like to bet on the outcome of sporting events ranging from single secondary school championship games to the final standings of entire professional leagues. Some like to bet on races, from horses to fast cars and everything in between. Others, though, will bet on just about anything, and the more unusual the bet, the better.

As observers, too, it is a lot of fun to hear stories of wild bets. Most of the time, we’re not even interested in who won or lost the bet. We just want to hear what the gamblers involved were willing to do and what kind of prize it took to lure them into participating. So, in the spirit of big bets, great stories, and wild fun, here are seven of the weirdest bets ever made between some of the world’s most imaginative gamblers. 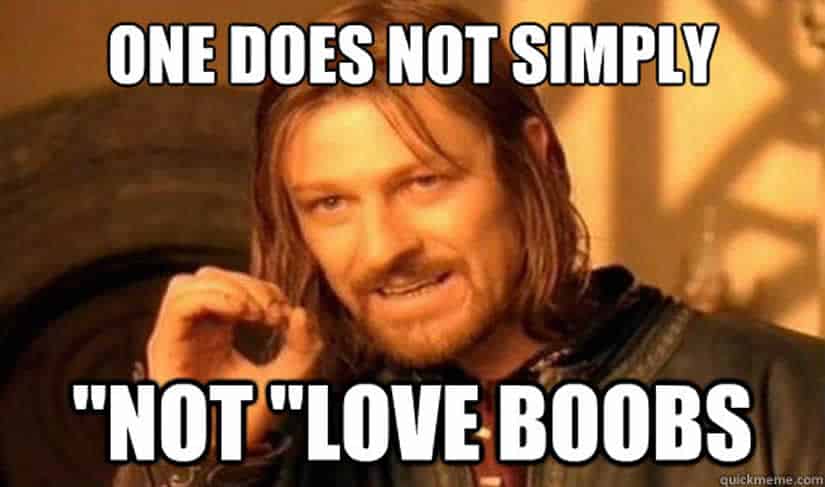 Brian Zembic, from Toronto Canada, has a history of making and taking outlandish bets. One of his most unusual, though, was accepting a $100,000 bet that he would not get breast implants and keep them in for one year.

Not only did Brian win the bet by getting the implants and living with them for a year, he decided to keep them permanently. He’s managed to garner quite a bit of fame for himself by both bragging about the bet and showing off his man-boobs which has, in turn, allowed him to make much more than the initial $100k over the years. 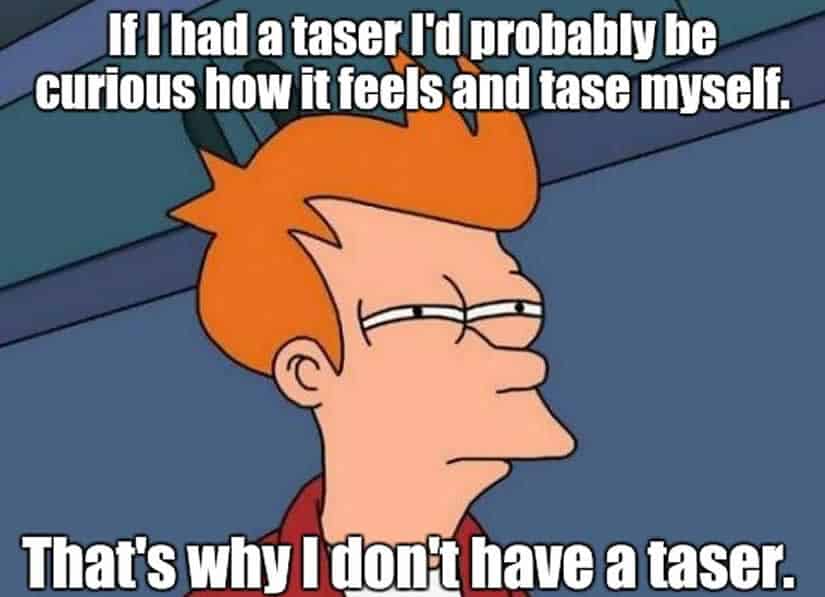 When the favourite American football teams of a husband and wife finally faced off against one another, the two bet each other that if their own team lost the other could shock them with a taser (stun gun) for three seconds.

The husband, John Grant, was rooting for the Chicago Bears while his wife, Nicole, was hoping for a win for the Green Bay Packers. As they watched the game in a bar at their local bowling alley, the Bears won with a final score of 27 to 20, at which point John decided to make good on the bet and promptly shocked his wife with a taser.

Nicole Grant phoned the police shortly afterwards saying that her husband had tased her twice. Police arrested Grant on weapons charges and noted that the couple were both well over the legal limit for being considered drunk.

All In For Double Or Nothing 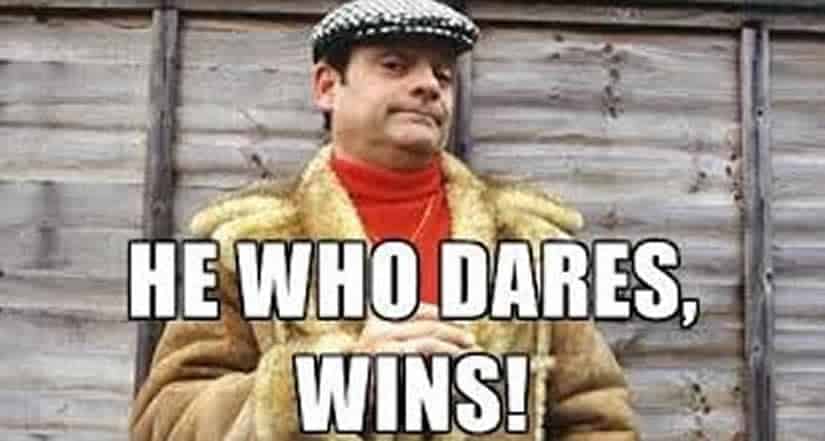 An English gambler named Ashley Revell decided to sell all of his possessions, including his clothes, and gamble the proceeds on a single spin of the roulette wheel. In 2004, he took the US$135,000 he’d raised to the Plaza Hotel & Casino in Las Vegas and put it all down on red. The little white ball landed on seven red and Revell walked away a happy winner with $270,000.

My Kingdom For A Win 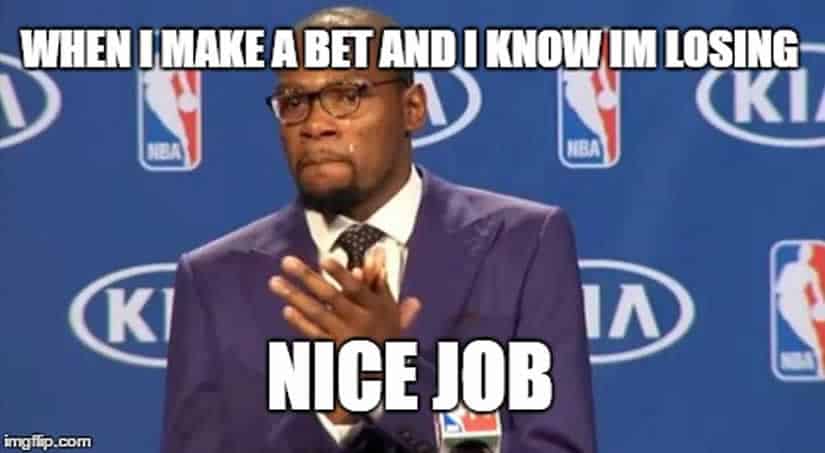 Ok, he might not have been the ruler of a kingdom, but they say a man’s home is his castle and that’s exactly what one Ugandan man put up as a wager that his favourite football team, Arsenal, would win.

Henry Dhabasani bet his neighbour, Rashid Yiga, that Arsenal would come out the winner in a match against Manchester United. Henry put up his house on the wager while Rashid offered his Toyota Premio and his wife for his end of the bet. The men even went so far as to put everything down in writing and have the wager witnessed by tribal elders to make it official.

Dhabasani reportedly fainted at the final whistle when the game ended in a one to nothing win for Manchester. Ironically, the only goal in the game was scored by former Arsenal player Van Persie.

Dhabasani was evicted from his house the next day, along with his three wives and five children. 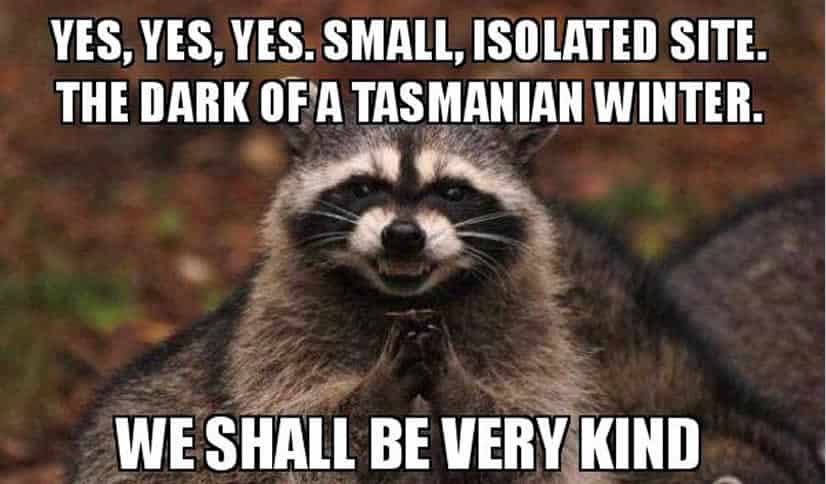 In one of the strangest side bets to ever come out of a game of poker, two poker pros bet each other US$100,000 that one of them couldn’t make it through 30 days completely isolated in a dark room with no human interaction and nothing more than a paddleball and Rubik’s cube for entertainment.

Rich Alati accepted the bet from Rory Young and locked himself in a Las Vegas hotel bathroom intending to prove that he could indeed last an entire month with nobody but himself for company. 20 days into the contest, Rory decided that Alati was a man of his word and would make it through the 30-day trial, so he decided to cut his losses. The two negotiated a deal and Alati emerged, once again, into the light and received a handsome payment of $62,400. 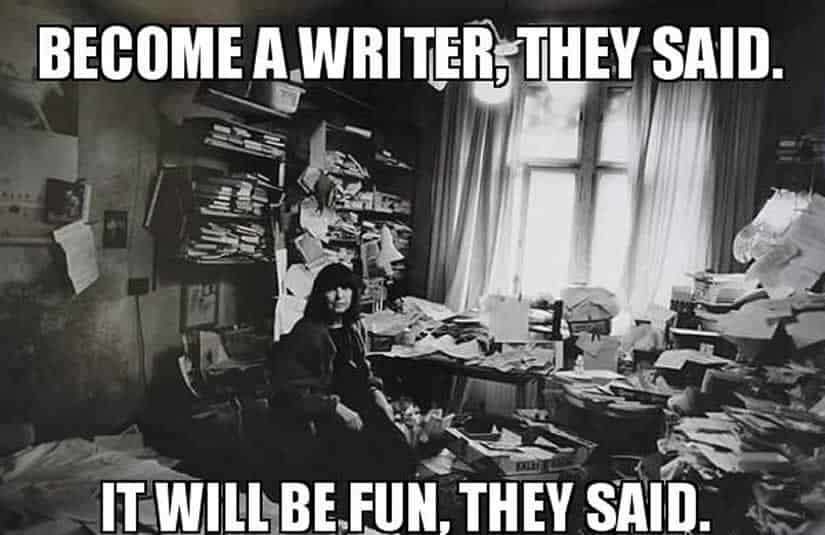 In 1960, Random House co-founder Bennet Cerf made a small bet with a man named Theodor Geisel. Thinking that his end of the bet was a sure thing, Cerf bet Geisel that he wouldn’t be able to write a book using no more than 50 individual words. Not only did Geisel accomplish the feat, but his book also went on to become one of the most famous children’s books ever written.

Theodor Geisel is perhaps better known to the world as Dr. Seuss and the book that came about as a result of that bet was Green Eggs and Ham.

Gone Up In Flames 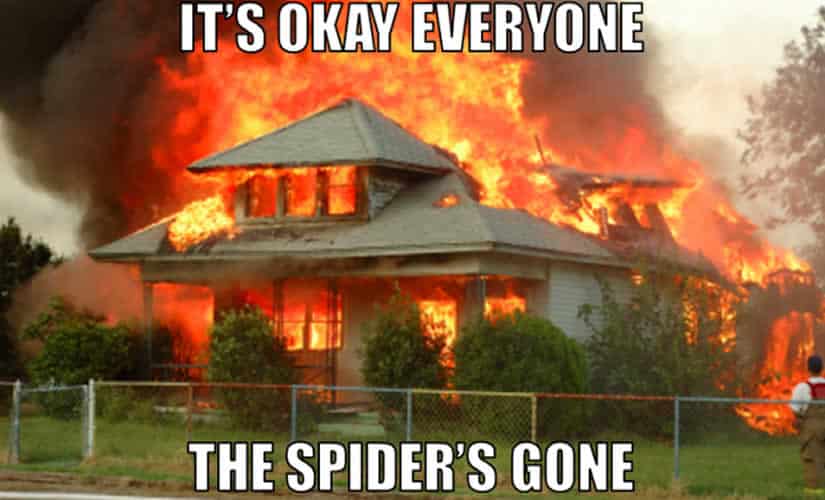 Perhaps proving that alcohol and gambling don’t mix, William Bonner of Augusta, Georgia in the United States, in a drunken state, bet some of his friends at a bar that if he poured a shot of Bacardi 151 over his head and exposed it to a flame he’d light his head on fire.

No one is quite sure where the idea for this bet came from but, as you might have guessed, Bonner was right and his head did indeed catch fire after he doused himself in nearly pure alcohol and ignited it.

Nobody is sure exactly how much money was wagered on this unbelievable bet, or if Mr Bonner ever got paid, but he did reportedly earn himself the nickname “Ghost Rider”, after the comic book character with a flaming skull.