Third quarter results for LeoVegas show that their UK business is struggling as revenue dropped by 32%, apparently due to increased regulatory pressure. The operator has said that they actually expect new regulations to benefit them in the long term and that they will be able to show growth in the coming quarters, but analysts aren’t so sure.

When the numbers were revealed on November 7, the firm’s stock tumbled more than 20%, hitting a new low.

CEO Gustaf Hagman highlighted expected growth in Q4, where customer activity levels usually hit their highest point in December, in an attempt to lessen the perceived impact of the poor performance. In spite of the current situation, he said, LeoVegas will meet it’s 2020 target of €600 million in gross gaming revenue (GGR). “We still have strong positioning in the UK casino market with several competitive brands and we have a good opportunity to get them growing again,” Hagman said.

Looking past Q3, he also pointed out that net gaming revenue (NGR) for LeoVegas in October rose 29% from the same time last year, hitting €426.6 million. An analyst at Optimizer Invest seems to agree with Mr Hagman, saying, “The results of this work have been confirmed by positive customer KPIs during the start of the fourth quarter. This, in turn, bodes well for a return to higher growth figures going forward.”

Other analysts, however, are still not convinced. Responses to the Q3 results from most have been decidedly negative. The Swedish financial newspaper Di reported that a Bloomberg analyst speaking under condition of anonymity said that the firm’s underlying business just wasn’t working well and that early Q4 results were still disappointing.

Johan Wendel, an analyst at Di said, “The market does not expect LeoVegas to reach [its financial] goals. Actually, the goals should have been scrapped because the market’s lack of faith in them hurt confidence in management over the long term and thus hurts the stock.”

Speaking about Hagman’s insistence that the company will recover in the UK, Wendel said that he does expect to see long-term benefits for them because of their focus on regulation, but still expressed a very cautious outlook, adding, “At the same time it is difficult to see how Leovegas is able to deliver high growth in the market while remaining within the regulatory framework set up by the authorities.”

Leo Vegas casino is one of the strongest names when thinking about same day payout online casinos. 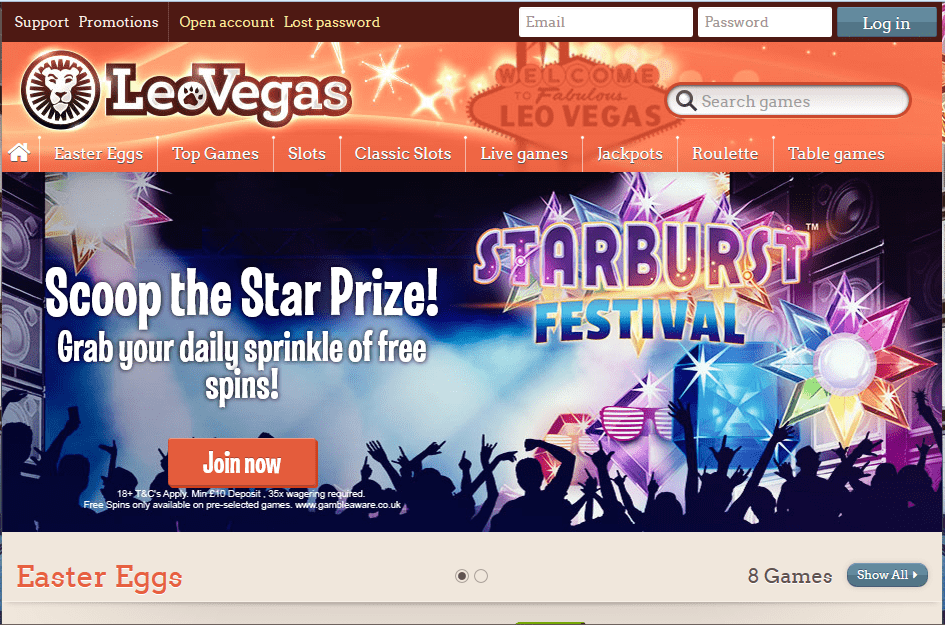 Leo Vegas is the King of mobile casino. With a huge assortment of slot providers, a solid reputation and some innovative features, this is for sure a casino that players stick to. Leo Vegas is almost unique in being a UK licensed casino, a Malta licensed casino and also a Danish licensed casino. More player protection than you can shake a stick at! LeoVegas Gaming have also decided to ban any gambling portal not abiding by the UKGC and ASA compliance rules, Yes No Casino is very happy to be one of the few websites adhering to all the rules.