One of the most popular and successful online slots in history is Twin Spin from NetEnt. A true all time classic. After many years though NetEnt have decided to release a sequel and are using their Cluster Pays (Aloha Cluster Pays, Legend of Shangri-la) instead of pay lines mechanism in conjuction with the classic matching reels from the original slot.

The symbols, sounds and feel of the game are very much in keeping with Twin Spin which will please fans who are bound to flock to this slot when it gets released early in 2018.

One nice thing about the official trailer is that NetEnt used a reasonable bet amount rather than stupidly high stakes that some manufacturers sometimes use in their vids, they also used a reasonable set of wins rather than a full screen of diamonds which is the ultra rare biggest possible win (they used this max win in a trailer for the original Twin Spin).

Having said that, the wins on show are pretty stingy and it makes us wonder how the slot is really going to pay when we finally get our hands on it. We have tried the NetEnt test version of the slot and after a good long session decided we definitely prefer the original, but when the real deal is released we’ll have another good long crack at it just to make sure!

Get ready for an 80’s style party deluxe with energizing music and colorful neon lights flashing with every spin. Featuring the Linked Reels feature, mixed with the Cluster Pays™ mechanic, Twin Spin Deluxe™ is an exciting sequel to the ever popular Twin Spin video slot. 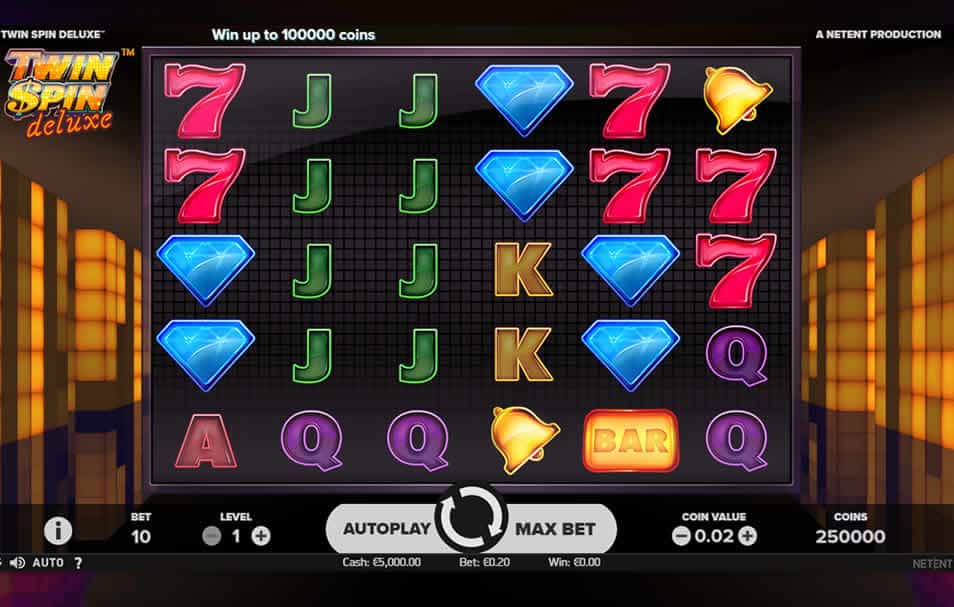