White Orchid is an elegantly designed, nature-themed video slot brought to the online gaming world by IGT (International Game Technology). Play occurs across five reels with four visible rows and up to 40 pay lines. What makes this slot special is the option for the player to double the maximum bet and benefit from 1024 ways to win on a single spin.

There’s plenty of action to keep your heart pumping between all the different ways to win, chances for free spins, stacked wilds, and the shot at some big payouts. The pink and white colour scheme might seem a bit too feminine for some male players, but don’t let that stop you from trying this quality slot. 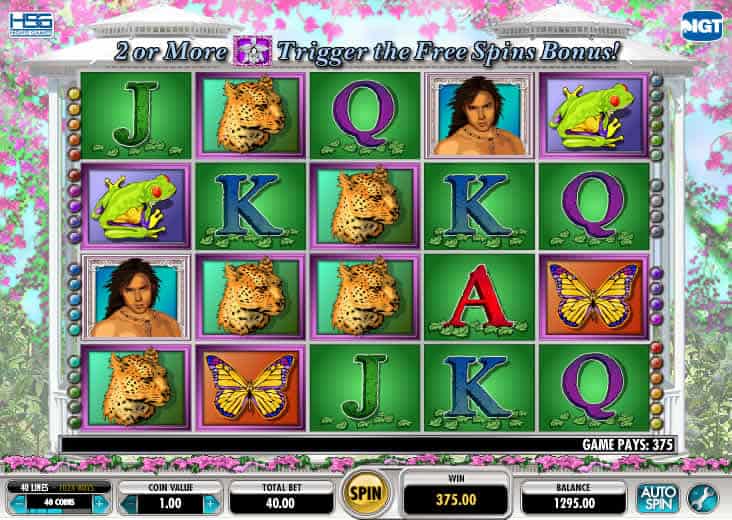 The White Orchid videos slot gives players chances at huge wins when all 40 lines are in play and one of the bonus features is triggered. Free spins and prizes can stack up quickly.

The base game costs one coin for each line the player wants to bet on. If the player doubles the maximum bet from 40 coins to 80, the Multiway 1024 ways to win feature is enabled. The Multiway awards are paid in addition to the regular line prizes. They pay for the same symbol in any position in adjacent columns and the same symbol in the same column multiplies the award.

The White Orchid logo symbol serves as the wild symbol. It can appear on reels two, three, four, and five and will match any symbol except for scatters.

The White Orchid symbol (flower image) will trigger free spins when two or more of them show on reel three. Two, three, and four orchids will award 10, 15, and 20 free spins respectively. Free spin awards can be re-triggered. The total bonus won through free spins is paid out when there are no free spins left, or 130 free spins have been completed, whichever comes first.

White Orchid is a well-designed video slot machine, both visually and technically. With so many pay lines and the ability to rack up more than 100 free spins, there is potential for a lot of excitement.

The game might not be for everyone, however, since it is somewhat expensive to play if you want to wager on all 40 lines and especially if you want to enable the Multiway 1024 ways to win feature. If you’ve got the bankroll though, you could score some very big wins.

You can check out White Orchid and plenty more of IGT’s slots at any of the sites appearing on our handy list of IGT casinos.