Slot machines are arguably the most popular form of gambling in the world. There is not a casino on Earth, land-based or online, that doesn’t have slot machines. In fact, in most gambling establishments, the slots are the very first thing you’ll see. The famed “one-armed bandits” have been a part of gambling culture since they were first invented more than 100 years ago.

Today, the clicking, mechanical reels and dinging bells are long gone. We watch the virtual reels spin on high-resolution video screens. We’re entertained by clever animations, 3D graphics, and bonus features that the original slot manufacturers could never have dreamed of.

Still though, for all the advances in technology and innovative changes that have made their way into modern slot machines, we still see symbols spinning by that were on those original slots. Have you ever wondered why so many slots share common symbols, or where those symbols came from in the first place? Have you ever wondered why these machines we gamblers love so much are called “slots”? To get to the bottom of it, we’ll have to look at the history of the slot machine itself.

The Invention Of The Slot Machine

The first slot machine — or what would become the slot machines that we know today — was built by a man named Charles August Fey in 1894. At the time, he was working as a mechanic in San Francisco, California. During this era, there were many different kinds of games that were commonly referred to as “nickel-in-the-slot” machines (The U.S. $.05 coin is commonly called a nickel.) This term was eventually shortened to just “slot machines”.

The following year, Fey built the 4-11-44 machine, which took its name from a popular lottery game where the combination of 4, 11, and 44 was the highest paying combination. This machine was so successful that he quit his job, opened a factory, and set out to manufacture slot machines full time. 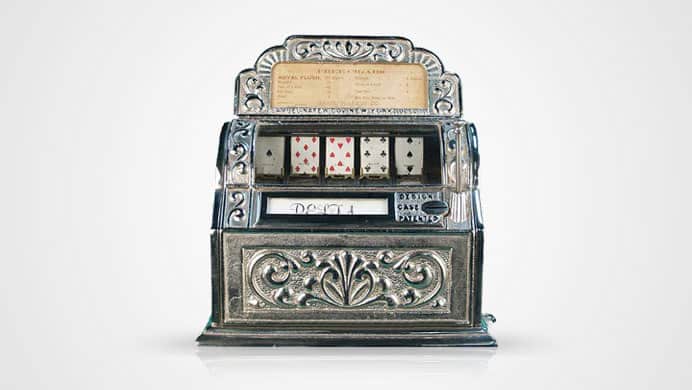 In 1898, Fey put together the first three-reel slot machine with an automatic payout mechanism, the Card Bell. This machine had a handle that was pushed down to set the reels in motion. The symbols on the reels consisted of playing card suit marks which would line up to form poker hands. More than 100 years later, these symbols still appear on most of the slots being developed.

Fey’s biggest success came with his Liberty Bell slot machine in 1899. This machine had three reels, each with 10 symbols. In addition to the playing card symbols, there were also horseshoes, stars, and liberty bells. Landing three liberty bells on the single pay line would award the highest payout, ten nickels, or $.50. The odds of winning that payout were 1 in 10,000.

Slot Machines At Odds With The Law 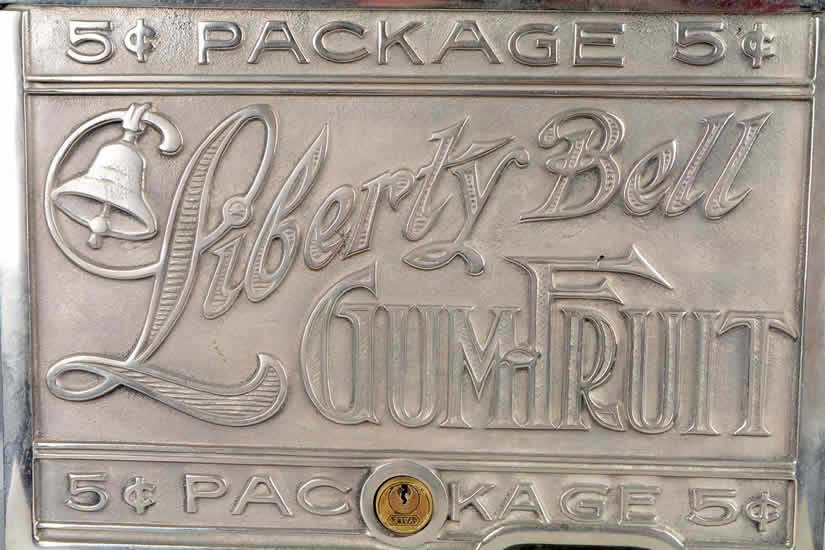 As the popularity of slot machines spread, they came under fire from morality and religious groups, and eventually, the law. In 1909, San Francisco made it illegal to place slot machines that paid out cash awards.

To get around the law, Fey and other slot machine manufacturers began to design machines that had no coin slot. They started referring to the slots as vending machines.

Rewards became things like gum, candy or coupons that could be redeemed for cigars or a drink at the bar. This is where the term “Close, but no cigar” originated. In many cases, the awards were then “sold” back to the establishment for cash.

The Birth Of The Fruit Machines

The Industry Novelty Company, calling its machines gum dispensers, was the first to produce slot machines with fruit symbols on the reels, in 1909. The various fruits were meant to replace the gambling-associated playing card marks and suggest different flavours of gum. Some of their machines actually did dispense gum as a prize.

In 1910, the Mills Novelty Company released their own version of the gum dispensing machines, but with one change. In addition to the various fruit symbols, their machines included a stylized pack of gum, which would become the modern “BAR” symbol that we’re all so familiar with. The Mills Novelty Company is also credited with creating the “jackpot” concept in 1916 when they produced a slot that would pay out all the coins in the machine when a certain combination landed on the reels.

It’s no secret that there are still many slot machines that make use of the fruit symbols in various forms. Many parts of the world prefer the term fruit machine after all.

As technology advanced, slot machines have evolved from their purely mechanical beginnings, through an electromechanical stage, into the fully digital machines and virtual machines that we see today. These improvements have allowed slot designers to add all kinds of extra features to their games, from the simple concept of a wild symbol to complex mini-games and prize multipliers.

Wild symbols, as most gamblers know, work exactly like the concept of wild cards in a poker game. A specific symbol is deemed wild and can represent any symbol on the reels — usually with one or two exceptions — to help the player make winning combinations.

The other common symbol that has become a staple of most modern video slot machines is the scatter symbol. These first appeared on some of the electromechanical fruit machines. In most cases, they were represented by cherries. The cherries would pay out, or multiply payouts, if they appeared anywhere on the reels. Unlike all the other symbols, winning with the cherry symbols wasn’t restricted to the pay line. A player could win if they appeared anywhere — scattered.

So there you have it. Now you know a bit about the history of these games we all love so much and the symbols that we see on so many of them. Every time you pull the lever or press the button to send those reels spinning, you’re taking part in a tradition and a history that goes back more than 100 years.

A lot has changed in the last century, and much more is sure to change in the next. Somehow, though, I have a feeling that those lucky enough to play these games in the 22nd century will still be watching many of the same slot machine symbols spin by on the reels.