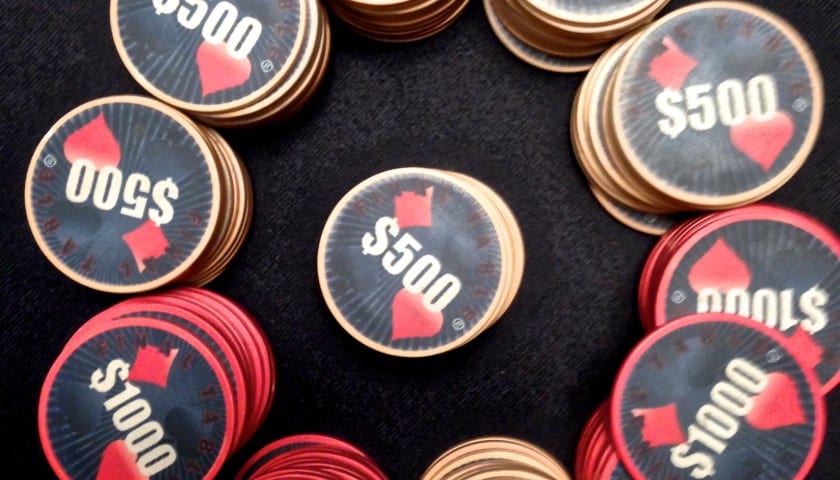 Many poker fans dream of winning millions playing in a tournament and more than a few have proven such dreams can and do come true. Some of the biggest winners became multimillionaires thanks to the World Series of Poker $10,000 Main Event and others owing to WSOP tournaments that donate a good portion of every buy-in to the international non-profit One Drop Foundation. The Big One for One Drop, a $1 million buy-in NLHE tournament held every other year is the highest buy-in as well as the highest payout poker tournament. It’s also the only one that awards WSOP platinum bracelet prize.

If you want to know more about this amazing game and where to play it (for free or real money), you can visit our complete guide to poker. In the meantime, here you will find approved poker rooms as well as the biggest prizes won in history! check this out!

The 2014 WSOP Main Event took place in July at the Rio All-Suite Hotel & Casino in Paradise, Nevada. Though not many believed Martin Jacobson would emerge victorious, the Swede managed to beat fellow players Felix Stephensen and Jorryt van Hoof and claim the $10 million reward as well as his first ever WSOP gold bracelet.

Jacobson studied to be a chef before deciding to earn a living by playing poker. He’s a member of Raising for Effective Giving, a non-profit charity organisation consisting mainly of poker pros who donate a minimum of 2% of their gross tournament winnings as well as 3% of the profit earned in cash games.

For Justin Bonomo, the year 2018 was the best year of his career even before he beat Fedor Holz at Big One for One Drop tournament. The two battled heads-up for about two hours, and although Holz finished in second place he still managed to earn mouth-watering $6 million. Justin, of course, took away $10 million as well as his third bracelet, and with $80,000 from each buy-in going towards the charity, the event has raised over $2 million for One Drop Foundation.

Hossein Ensan secured his place in poker history books by winning the WSOP Main Event in 2019. The heads-up with Italian Dario Sammartino lasted a bit over 4 hours and 101 hands, after which Sammartino had to settle with the second place and the $6-million prize while Ensan celebrated his first WSOP bracelet as well as juicy $10-million reward.
The 55-year old Hossein Ensan is incidentally the oldest player to win WSOP Main Event in 20 years and that goes to show it’s never too late to give it a try. Having studied civil engineering at a University in Germany and later on managed a taxi business of his own, Ensan was 39 when he decided to start a poker career. “This is the best feeling in my life,” said German-Iranian while admiring the WSOP bracelet he just won.

Dan Colman was only 23 when he won the $1 million buy-in Big One for One Drop event in 2014. He went into the final heads-up battle with Daniel Negreanu, a proud owner of six WSOP bracelets, and emerged with over $15 million in his pocket as well as the first bracelet of his own. No need to feel sorry for Daniel, though, as his share amounted to an impressive $8.29 million.
Unlike some of his fellow players mentioned above, Dan seems to have realized playing poker was all he wanted to do before trying to build a career in another area. He’s first and foremost an online player who in 2013 became the first to win $1,000,000 in hyper-turbo tournaments during a single year; it actually took him only 9 months.

Over $12 Million Won at 2016 Monte-Carlo One Drop Extravaganza

Canadian-born Elton Tsang was crowned a winner at the 2016 Monte-Carlo One Drop Extravaganza Big One For One Drop. Guy Laliberté, the One Drop foundation frontman, gave the final table the introduction it deserved. Rick Salomon took the 3rd place and $3 million, Anatoly Gurtovoy earned twice as much for coming in second, and Tsang celebrated a win of $12.248,912. One of the many fans that rejoiced at his victory was Mustapaha Kanit, another famous poker player who’s been coaching Elton during the previous two weeks.

Antonio Esfandiari outlasted Sam Trickett and took the $18.3-million prize in the inaugural Big One for One Drop event in 2012, thus establishing a new record for the largest payout in the history of WSOP – thus far. “The Magician” Esfandiari used to be a professional magician renowned for elaborate chip tricks and may not have changed the career had he not been invited to a game of Texas Hold ’em during one of his magic acts. Antonio has appeared on several poker TV shows and currently boasts three World Series of Poker bracelets. He’s also the author of The Magician’s Secrets for Winning Tournaments on Insta Poker which reveals many of his secrets.

Triton Million for Charity is a charitable No-Limit Hold’em event with the registration fee donated to One Drop foundation and several other Triton’s philanthropic partners. Thanks to 54 participants of the 2019 tournament, £2.7 million went to charitable causes and one player was lucky enough to be presented with the trophy by Triton Million co-founder Paul Phua. “Aaron is not a tournament player normally; I hope this shows to all non-pros they can win”, said Phua.
Although Chinese Aaron Zang walked away with $16,775,820 as well as the title, his opponent in the final heads-up Bryn Kenney claimed the biggest monetary award ever won at a poker tournament– more than $20 million.