Playtech look to have outdone themselves this time. With a brilliant slot based on Seth MacFarlane second most successful adult cartoon: American Dad. Two things stand out from this slot:

This slot looks fun. And fun is what we really want to see otherwise why bother with online casinos at all? 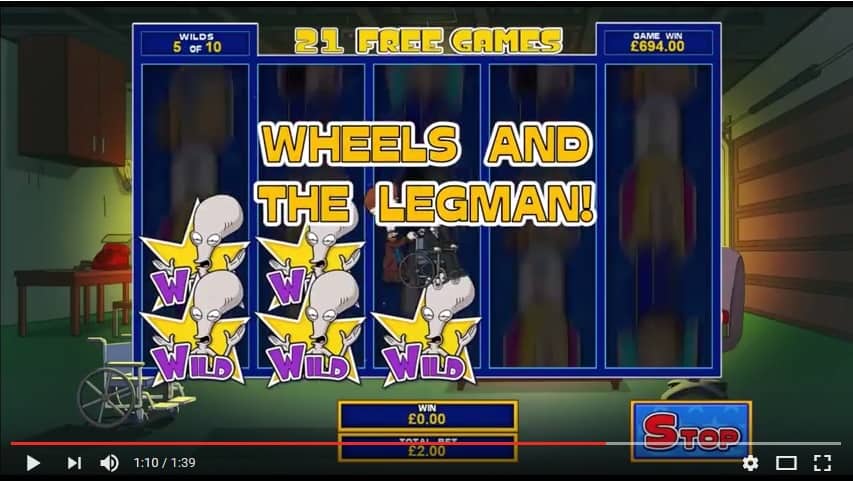 Named after a bizarre statement from Roger after a hallucinogenic meal, the Schmooblydong Bonus Wheel can award you a re-spin if you land two of them, one on reel 1 and another on reel 3. The third one, on reel 3, takes you directly into the Free Spins round, but before that, some things need to be determined:

Each character offers a particular mix of features and win-boosting items which are added to the number of freebies.

For players not familiar with the series, the America Dad slot may be a bit too much. The graphics are basic and the special features are overwhelming. However, for all you fans of the comedy series out there, the Playtech slot is just the game you were looking for. IGT has released Family Guy, and NetEnt has South Park, so it’s a real battle between giants out there, TV shows and software providers includes.

Where to play American Dad