The Game Of Gladiators slot from Play’n Go is a wonderful addition to the company’s growing catalogue of top-quality online slot games. With a theme centred on the great Roman gladiators, you can bet that this slot provides plenty of action and excitement. Glory and fortune await for those strong enough to endure the monumental battles and come out the victor.

Game Of Gladiators is a five-reel, three-row slot that pays out for winning combinations on 20 fixed pay lines. There are eight regular symbols on the reels plus a wild and scatter symbol. As the reels spin past, you’ll see four high-value symbols which are made up fierce gladiators and four low-value symbols made up of playing card values jack through ace. All of the symbols are brilliantly coloured and beautifully animated.

Setting up your wager on this slot is absolutely painless. As Play’n Go has done with all of their recent releases, the player is presented with a selection of preset bet amounts. There are 15 different wager amounts to choose from and you can go from £.20 up to £100 per spin. You can find this slot at the best online casinos. 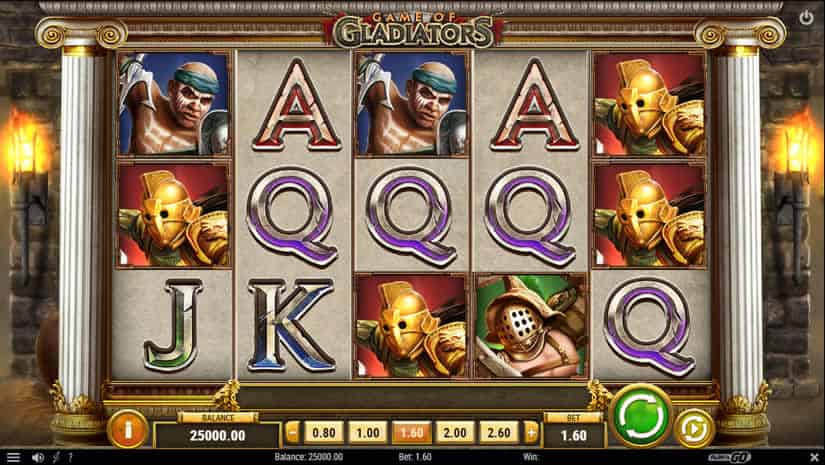 Yes – Why To Play The Game Of Gladiators Slot 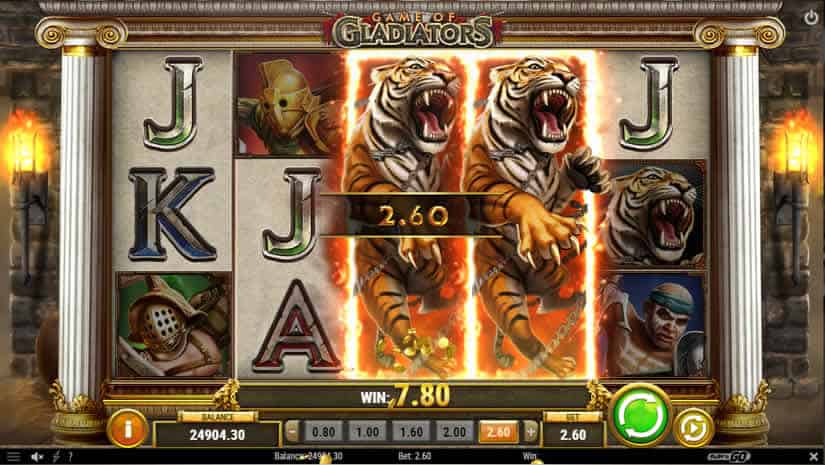 There are several interesting bonus features in this game that pop up from time to time to boost your wins. Many are randomly triggered, so you never know what’s going to happen on the next spin.

The first five features list below can trigger at the beginning of any regular game spin.

Between three and six spears will be thrown at the reels. Any symbols they hit will become wild.

When this feature triggers, the first reel will be duplicated between two and four times.

A net is thrown at the reels trapping one of the gladiators. All symbols of that gladiator will stick where they are and a free respin is awarded.

One gladiator is paid out according to the pay table when this feature triggers.

You May Also Like
Star Joker Slot Review & RTP

The enraged feature will add two fully stacked wild reels to the spin.

Like many other video slots, free spins are triggered when three scatter symbols land anywhere on the reels. On this slot, the free spins are the start of the “Enter The Arena” feature. You’ll pick your champion, Spartacus or Amazonia and take on the other gladiators in the arena.

The champion you choose will replace scatter symbols on the reels and serve as triggers for your attacks during the battle. Your champion must defeat enemies as they enter. If more than 11 opponents enter the area, you will lose and the free spins end. If you champion win, you’ll be rewarded handsomely. Amazonia will be granted a 20x to 100x win multiplier and Spartacus will be rewarded with another full free spins feature.