The Sakura Fruits slot is an Asian themed video slot featuring smooth, tranquil graphics, possibilities of very high payouts, and you guessed it, lots of fruit. You’ll find lemons, cherries, grapes, plums, and more on the reels, all set against a serene garden background where white rose petals blow gently past in the breeze.

No Bonus Casino
Review Get Bonus
2 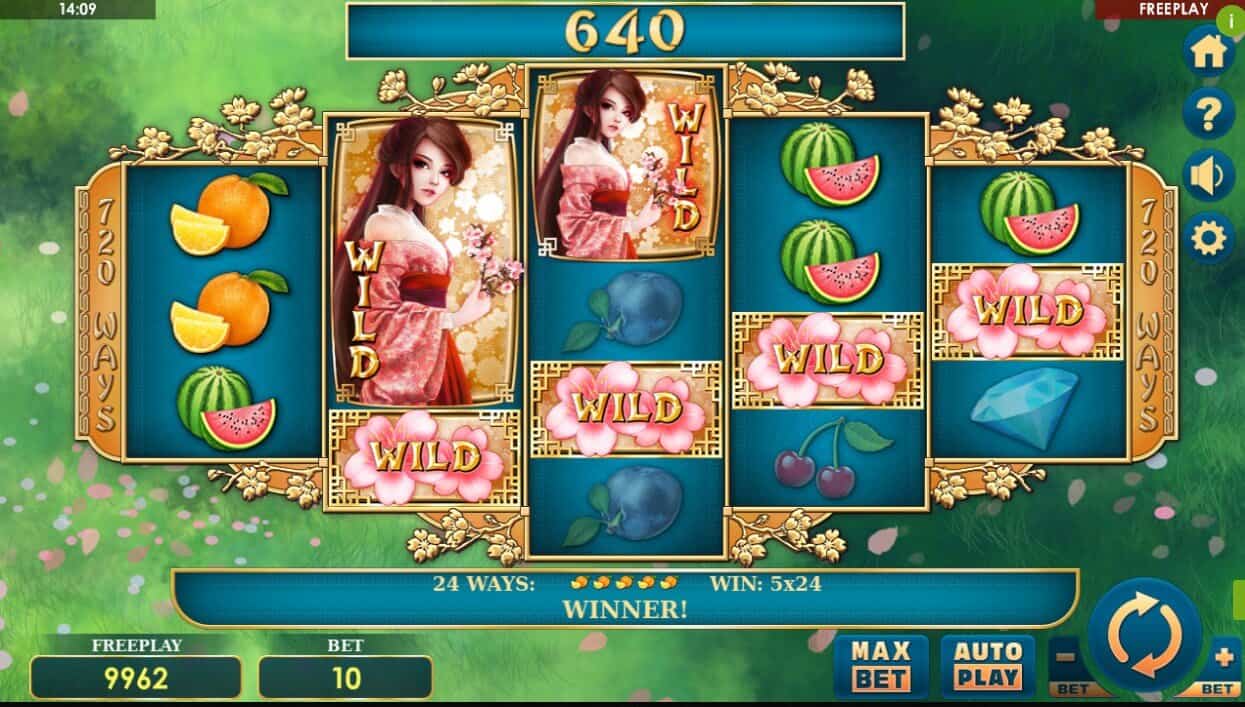 Unfortunately, the Sakura Fruits slot only has one bonus feature to speak of. The game’s creators refer to it as…

The Sakura Feature is triggered randomly when the reels stop as you play the game. It is really just a name they’ve made up for placing wilds on the reels. Here’s how it works:

The top paying symbol on the reels is a beautiful Asian girl who can appear stacked on the reels. If any of the rose petals land on her, all of the space she occupies on the reel will become wild as well.

The Sakura Fruits slot is well designed visually, and there are chances for some big payouts, but that’s about it. The lack of any real bonus features and oddly flat sound leave a lot to be desired. This one is worth adding to your list if you particularly like Asian themed or 720 ways slots, and even then there are better ones like Pyramid Quest For Immortality, Koi Princess and others. For most, this one probably isn’t going to hold your attention for very long.