Just For The Win is a young and relatively small game development studio based in Gothenburg, Sweden. The company was founded in 2016 by a group of already experienced game developers and designers and remains a privately held company. With about 20 employees, Just For The Win is still very much in a growth stage with plenty of room to expand.

In the same year the company was brought to life, they managed to acquire a distribution deal with Microgaming, one of the largest gaming providers in the industry. The deal would have their games included on Microgaming’s widely used Quickfire platform. Since then, they’ve been able to ink partnerships with other big industry players – casino operators – such as LeoVegas, Betsson Group, Casumo, and more.

Just for the Win Slot RTP

Just for the Win – Quality Over Quantity

Just For The Win seems to be taking a definitive quality over quantity approach to their game releases. Over about two years they’ve only released five video slots, with two more slated to be released in mid to late 2018. Even though they’ve only put a handful of games out into the market, they’ve all met with good reviews. At the time of writing, the slots they’ve released so far are Goldwyn’s Fairies, Lucky Links, Deco Diamonds, Temple of Tut, and their most recent, Amazing Aztecs. 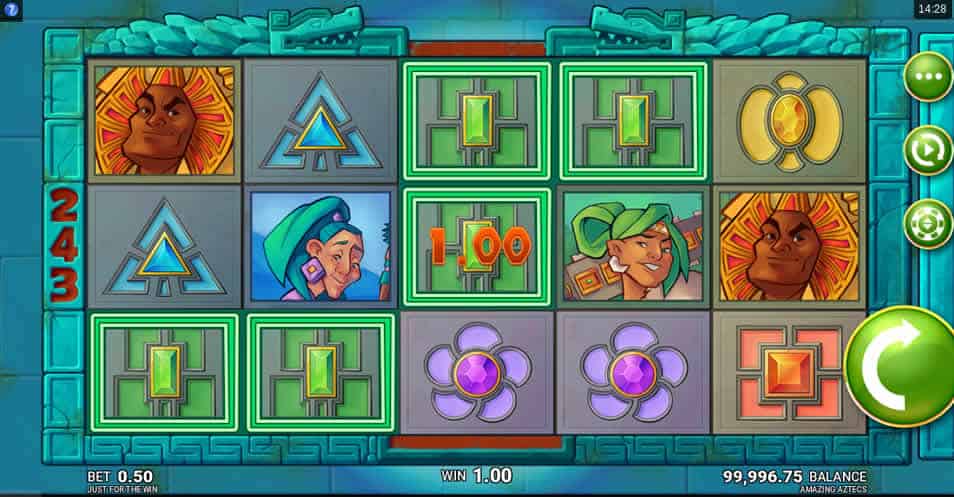 Their games all consist of high-quality HTML5 designs with high-resolution graphics and some innovative bonus features. One of the most interesting features that appears in some of their slots is the “returning wilds” feature. During free spins, wild symbols are collected as they land, then at the end of free spins, all the collected wilds are returned to the reels in random positions giving opportunities for some very big payouts.

The experience of the JFTW crew shows through in all of their games. Even though the company is young, they obviously know what they’re doing and are producing games that hold their own against major development studios that have been around much longer. Just For The Win is certainly a studio to watch for both players and casino operators. If what they’ve done already is any indication, what they’ll do in the future is going to be a lot of fun for us all.