Written by Joey Tempest, inspired by David Bowie’s “Space Oddity” and originally made to be an attractive concert opener, Europe’s “The Final Countdown” became the glam metal band’s most popular and most recognizable song. Who would have thought that the same track would serve as inspiration for a new, thrilling video slot by Big Time Gaming? Europe’s hard rock 1986 chart-topper helped create a sci-fi setting that welcomes two astronauts and also provides an epic concert-like atmosphere complete with laser beams and flashing spotlights.

The Final Countdown slot is a 6-reel video slot with 4 rows and 4,096 ways to win. Packed with amazing features such as Reel Clone, Clone Wilds and two types of free spins, as well as an awesome musical background to head-bang to, The Final Countdown does not have many titles that could match it in the tune-driven genre. After the release of Holy Diver, BTG stays in the hard and heavy territories, delivering more options for landing smashing wins while hearing similar epic rock anthems.

We’re heading for Venus, so come and join us! (Game available at most UK online casinos) 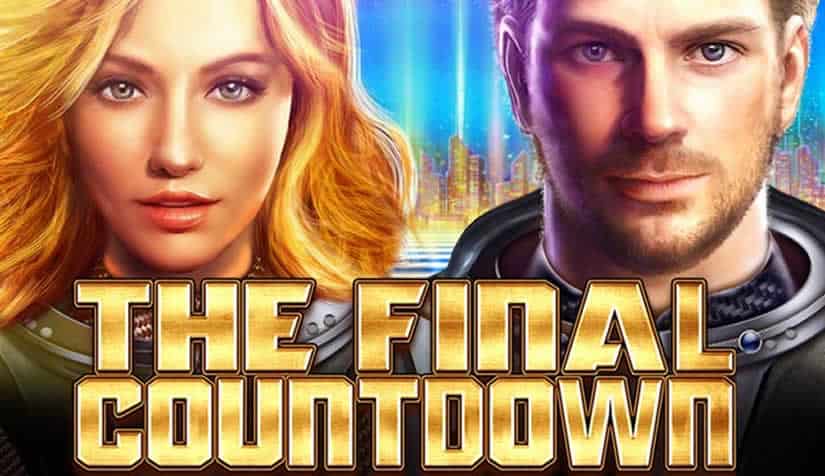 Yes – Why to play The Final Countdown Slot Once we release ourselves from the hook of the crowd-pleasing rock anthem, we can observe the game or what it is – a feature-packed mission towards stellar prizes. The Final Countdown includes two tremendous free spins features and some serious Wild action, not to mention spectacular combos of multipliers, substitutions symbols and cloned reels.

This is a random feature some may recognize from the well-known BTG release called Danger! High Voltage. It is based on the event of cloning reels in one spin. Up to 4 reels can get cloned and contain identical symbols in the base game. Clone Reel can happen only on reels 2 to 5.

Wild symbols are not excluded from the Clone Reel feature. In other words, Wilds that land on cloned reels will expand horizontally and vertically based on the number of reels cloned. The results can range from 4x and 27x to 256x multipliers.

The Scatter in this slot is a golden tile with the acronym ‘FC’ for Final Countdown. The player is required to land three to five Scatters in a single spin to trigger the Free Spins Bonus and enter the feature selector where there are two options:

Undoubtedly, the variance is sky-high in The Final Countdown slot (high variance slot). Possibly Big Time Gaming’s biggest release of the year, this ball-buster is reserved for bettors who are willing to go through many spins to get to the bonus, because once they do the potential for flattering wins becomes astronomical. Let’s not forget that maximum wins here go up to 36,000 times your stake. Any which way, payers are advised to set their stakes to an affordable level and set the course to Venus, of course.

Big Time Gaming is a popular online casino software available at most casinos around the world, except the U.S market – between other few exceptions. I recommend you to combine BTG Megaways feature with the best cashable casino bonuses for huge payouts!